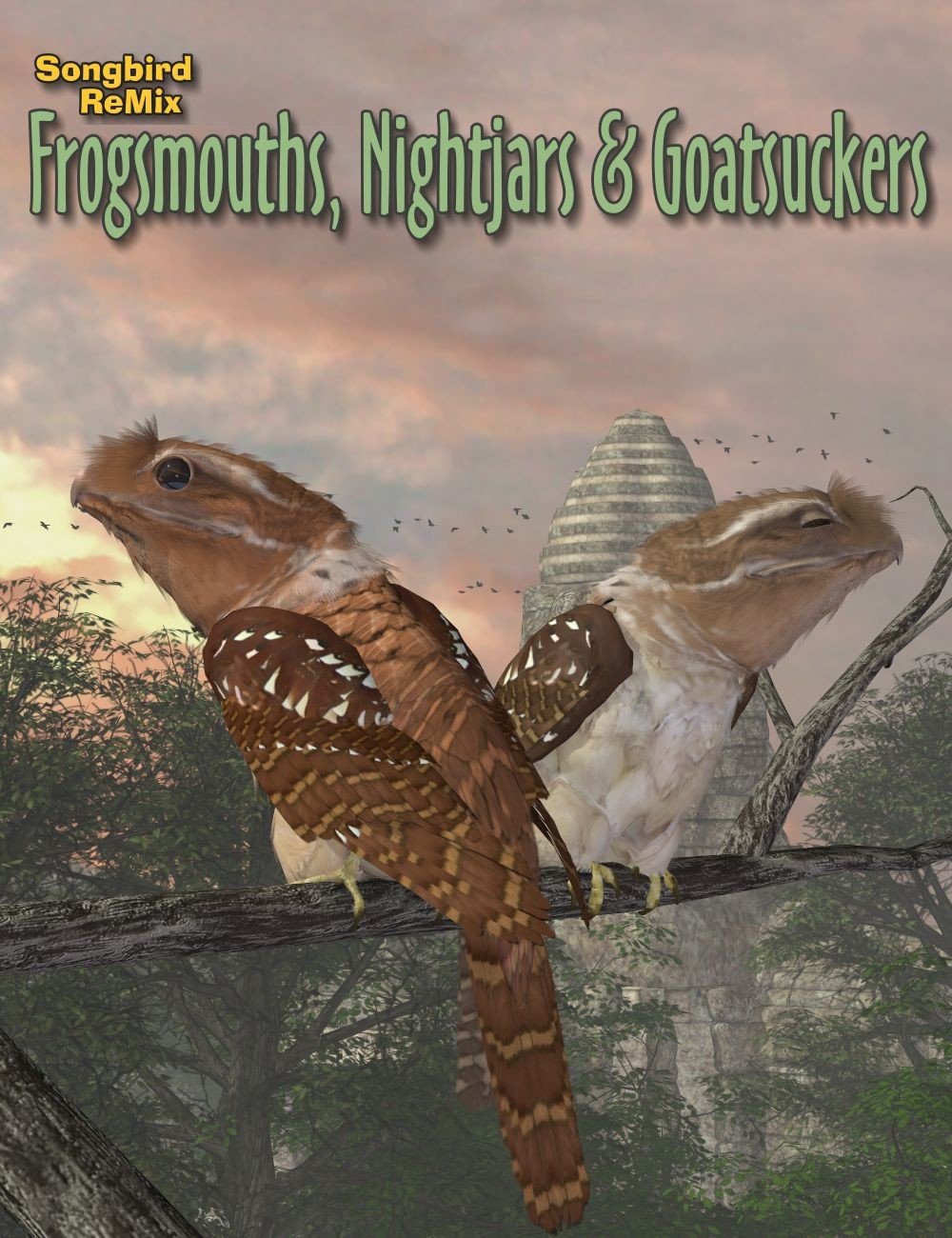 P.S.: Original File from Hivewire3d Store, as other files I posted recently.

Songbird ReMix Frogmouths, Nightjars & Goatsuckers contains species found in the Caprimulgidae, Chordeilinae, Eurostopodidae, Podargus, Batrachostomus and Rigidipenna families. These are all nocturnal birds distantly related to Owls. These birds are known for their exceptionally large mouths and expertise in camouflage.

Nightjars are found around the world. They are in the family Caprimulgidae, characterized by long wings, short legs and short bills. They are mostly active in the late evening and early morning or at night, and feed predominantly on moths and other large flying insects. They are sometimes called “goatsuckers”, due to the ancient folk tale that they sucked the milk from goats making this the bird version of the Chupacabra. With its haunting, ethereal song, the eastern whip-poor-will is the topic of numerous legends. One New England legend says the whip-poor-will can sense a soul departing, and can capture it as it flees.

Nighthawks fall into the Chordeilinae family and are found only in the “new world”. Nighthawks differ from Nightjars by lacking rictal bristles, having shorter bills, and coarser plumage.

Frogmouths are a group of nocturnal birds closely related to the nightjars. They are found from the Indian Subcontinent across Southeast Asia to Australia. They are named for their large flattened hooked bill and huge frog-like gape, which they use to capture insects. 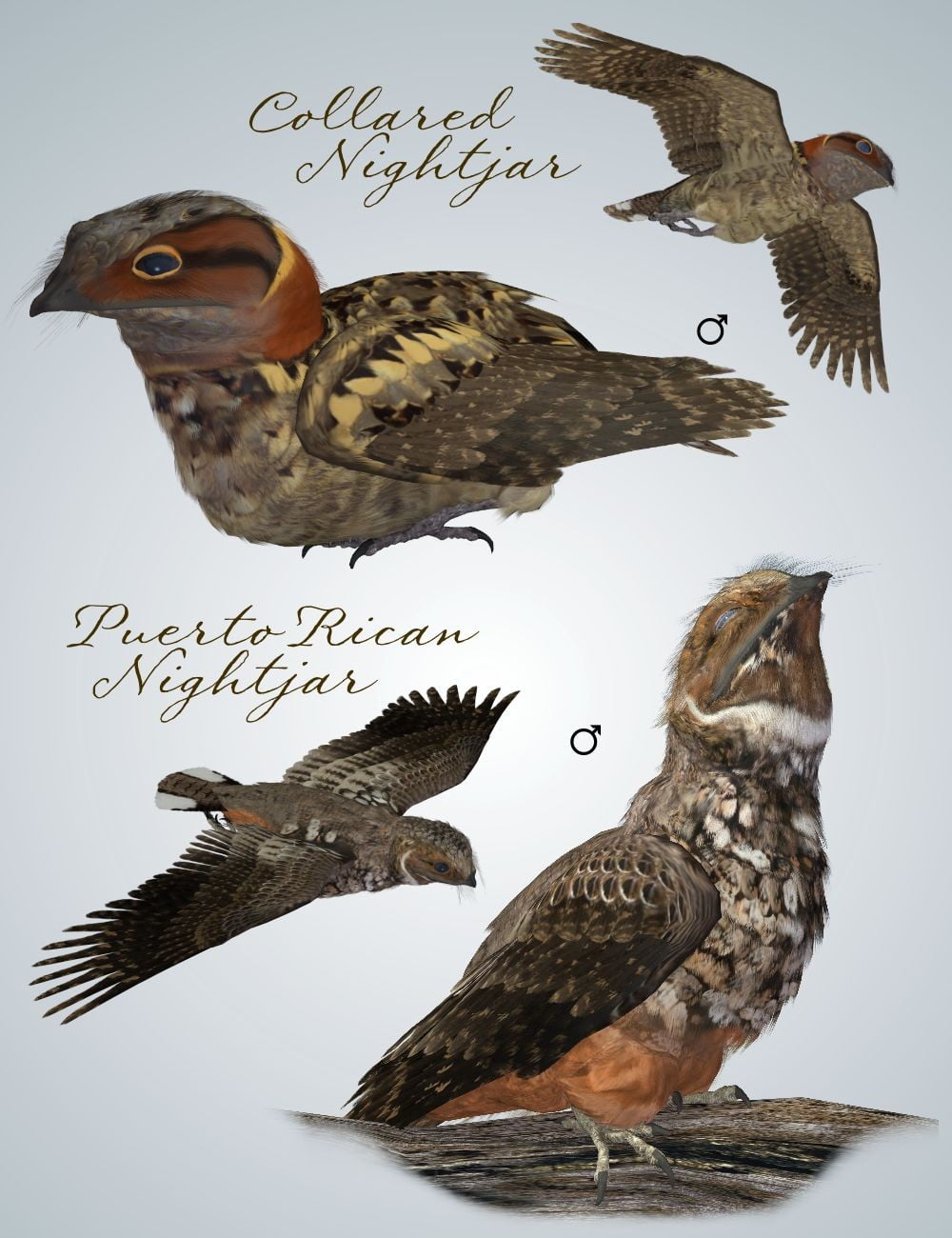