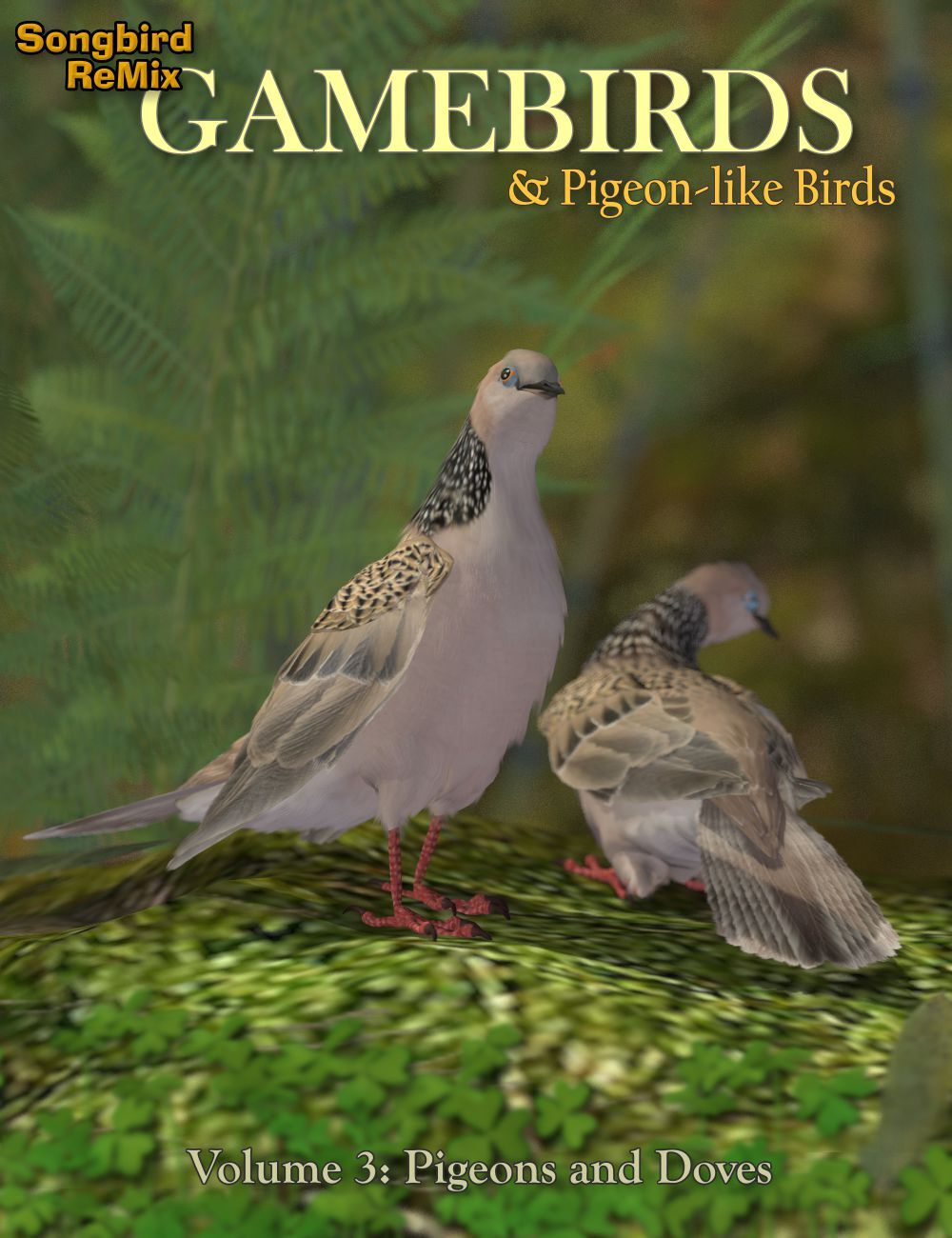 This set includes 16 species of pigeons and doves from around the globe.

All doves are technically pigeons, but not all pigeons are doves. The distinction between “doves” and “pigeons” in English is not consistent, and does not exist in most other languages. In contrast, in scientific and ornithological practice, “dove” tends to be used for smaller species and “pigeon” for larger ones, but this is in no way consistently applied. Historically, the common names for these birds involve a great deal of variation between the terms. The bird most commonly referred to as just “pigeon” is the domestic pigeon, “Pigeon” is a French word that derives from the Latin pipio, for a “peeping” chick, while dove is a Germanic word that refers to the bird’s diving flight. The old English word “culver” appears to derive from Latin columba (little pigeon).

Included are 16 species of pigeon, ranging from the more familiar Ruddy Ground-dove and African Collared Dove to the more exotic Superb Fruit-dove and White-crowned Pigeon. This set has two versions (DAZ Studio and Poser) and supports Iray, Superfly, 3Delight and Firefly renderers. 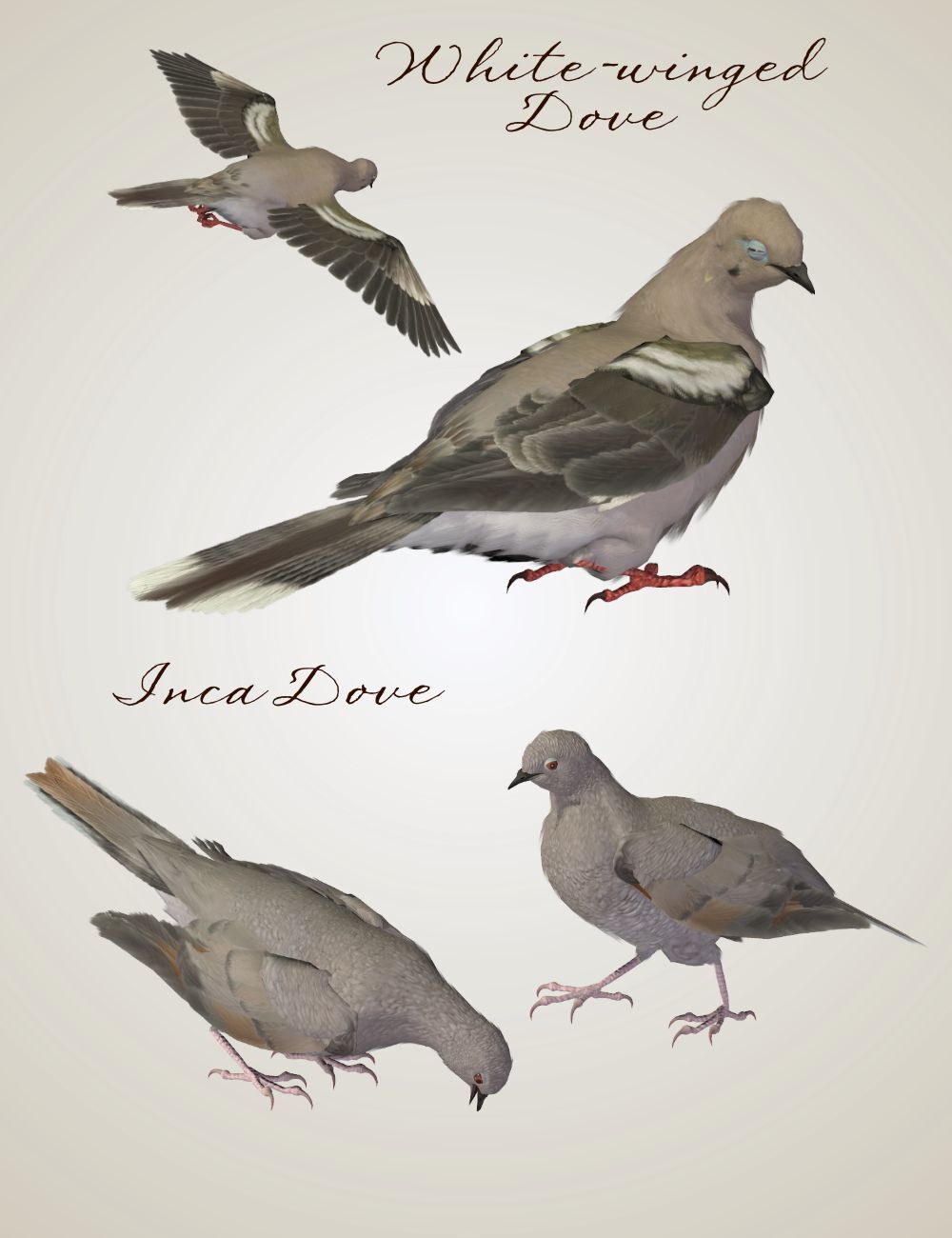