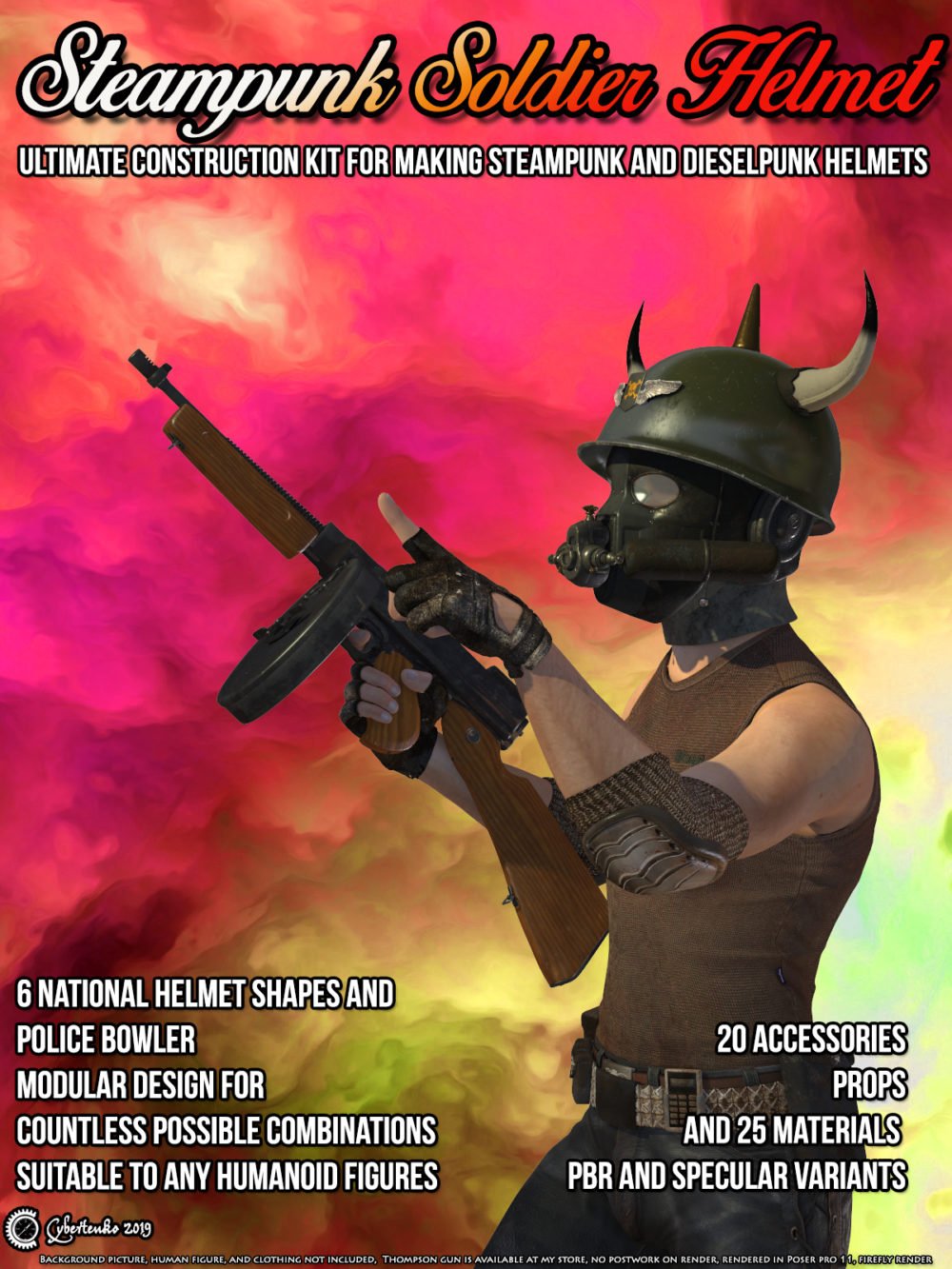 Our model represents a universal military or police helmet by its appearance standing on the border between realistic concept and steampunk or dieselpunk stylization. Modular concept makes it possible to build an unlimited range of helmets of different purposes, styles and designs. Base is formed by a cloth or leather hood, on which a steel helmet with various accessories is worn, and all this complements some of the helmets typical for various national armies from the period of World War I till World War II.Several color and material schemes are available for individual components, usually in PBR or specular variants. Steampunk is a retrofuturistic subgenre of science fiction or science fantasy that incorporates technology and aesthetic designs inspired by 19th-century industrial steam-powered machinery.Dieselpunk is a genre similar to steampunk that combines the aesthetics of the diesel-based technology of the interwar period through to the 1950s with retro-futuristic technology and postmodern sensibilities. 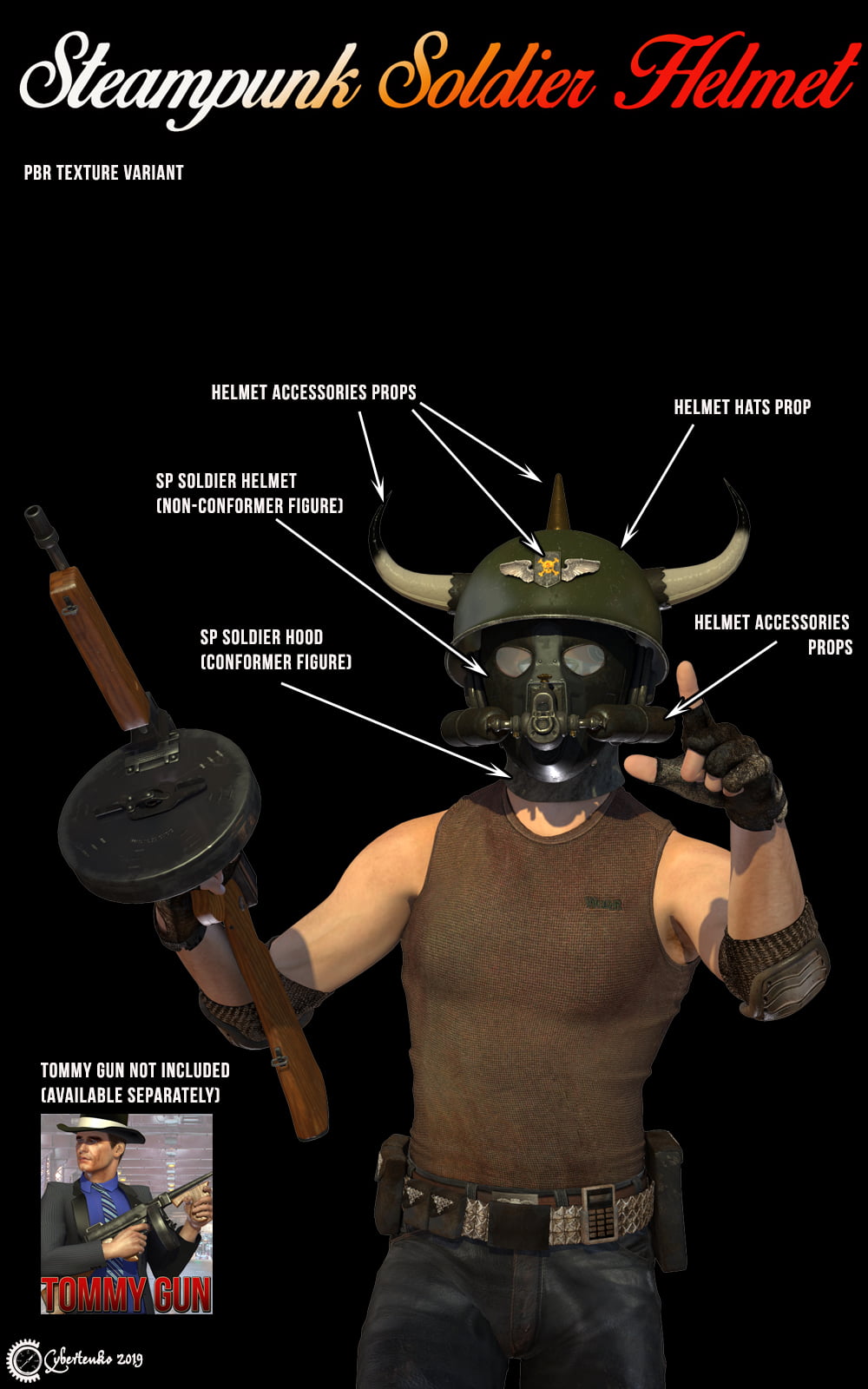