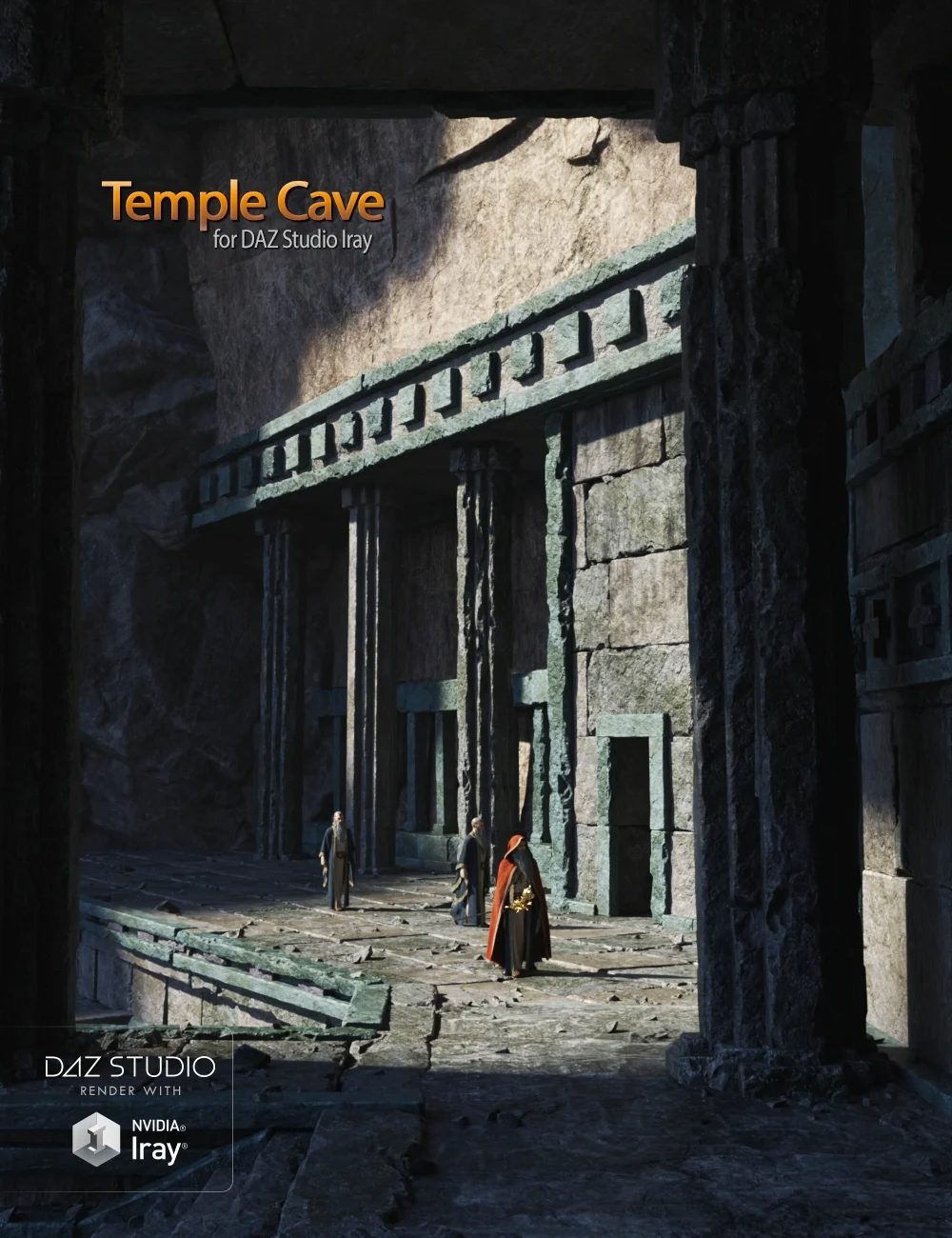 Found among inaccessible rocks in a huge cave filled with water, the ancient Temple Cave appeared completely unexpectedly before the eyes of researchers.

It was hidden from prying eyes so skillfully that there is no doubt about its mysterious purpose. Its architectural forms are organically integrated into the rock formations. The stone columns of the temple, plunging into the water, support the vaults of the cave, and its premises go deep into the rock. The gloomy walls are complemented by geometric patterns and numerous chips testify to its antiquity.

Light naturally illuminates the temple by painting whimsical shadows on its elements. There are additional Iray Decal Nodes on the large stones and walls of the temple, which you can change or turn off. Also, this pack includes 15 cameras and 15 lighting variations for Iray Render Settings and other preliminary settings.

Get the Temple Cave for your explorer, adventurer, and deep dark secret renders!