The Facility: Straightjacket for V4 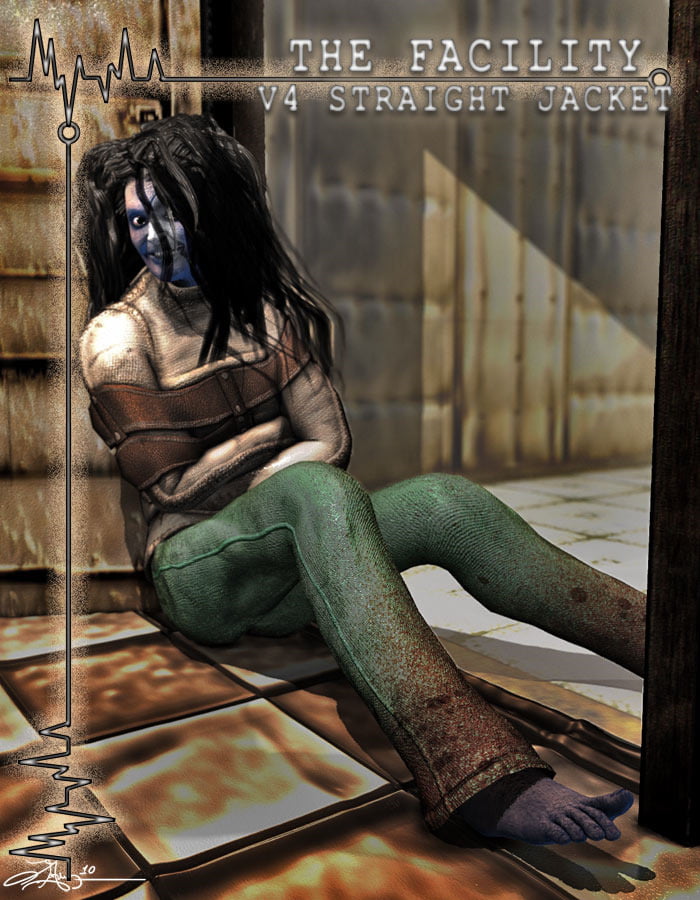 Roughly midway down the hall, the door to room five stood open, having been freshly sanitized sometime earlier in anticipation of any potential new arrivals.
Nathan brought the gurney to a halt as Martin reached to the small shelf beneath the bed for the straight jacket tucked away there. Braced for a fight, the two men then released the restraints holding the small woman down, though they were surprised when she did exactly as she was told and stood still, arms out before them. The men took their places on either side of her, pulling the straight jacket over her arms, then tucking her arms across her sides and finally latching the clasps in place. Martin thought he saw some kind of movement from beneath the chest of the jacket as they finished the job, but shook it off as just a trick of the stark, dim lighting in the hall.