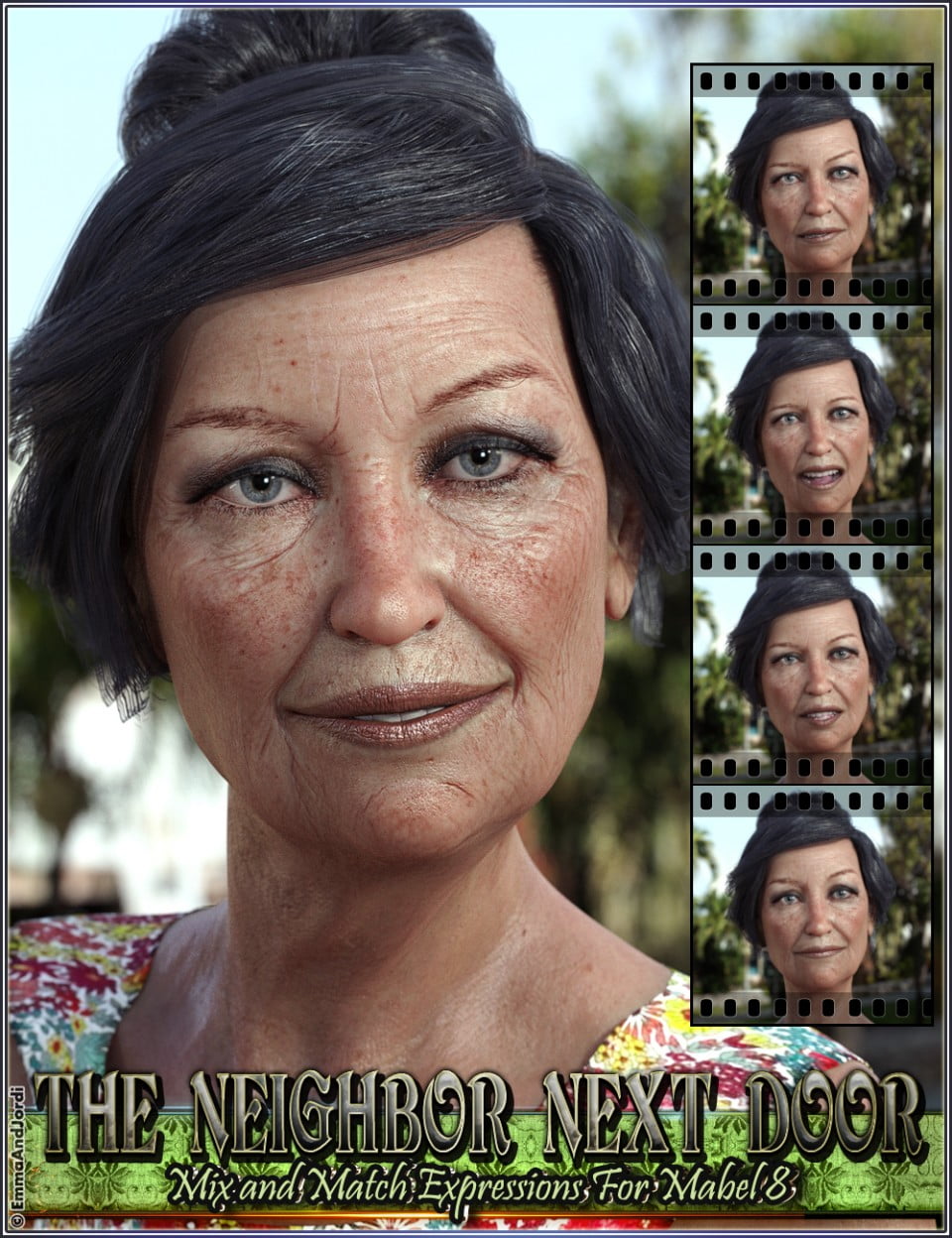 The Neighbor Next Door is a must have expression pack for Mabel 8 and Genesis 8 Female(s) that consists of expressions organized in three folders (Full Face, Upper Face, and Lower Face), and you also have pose control ERC dials to apply each full face expression. So you can add expressiveness in three ways:

USING FULL AND PARTIAL EXPRESSIONS: Using the partial expressions you can move all the face, or just the upper and lower parts of the face, mixing both as you like, creating your own original expression for your renders.

USING POSE CONTROL DIALS: Using the pose control dials, you can apply a full face expression as much as you like, and also mix it with another expression dial. It is great to create transitions between expressions in animations or series of renders.

“The Neighbor Next Door” adds the degree of realism in expressions that you need for the new generation of Iray renders. Every detail in the face has been adjusted to make your characters look alive. Natural expressions for real faces, with subtle asymmetries to enhance realism. Good taste expressions, no grimaces. 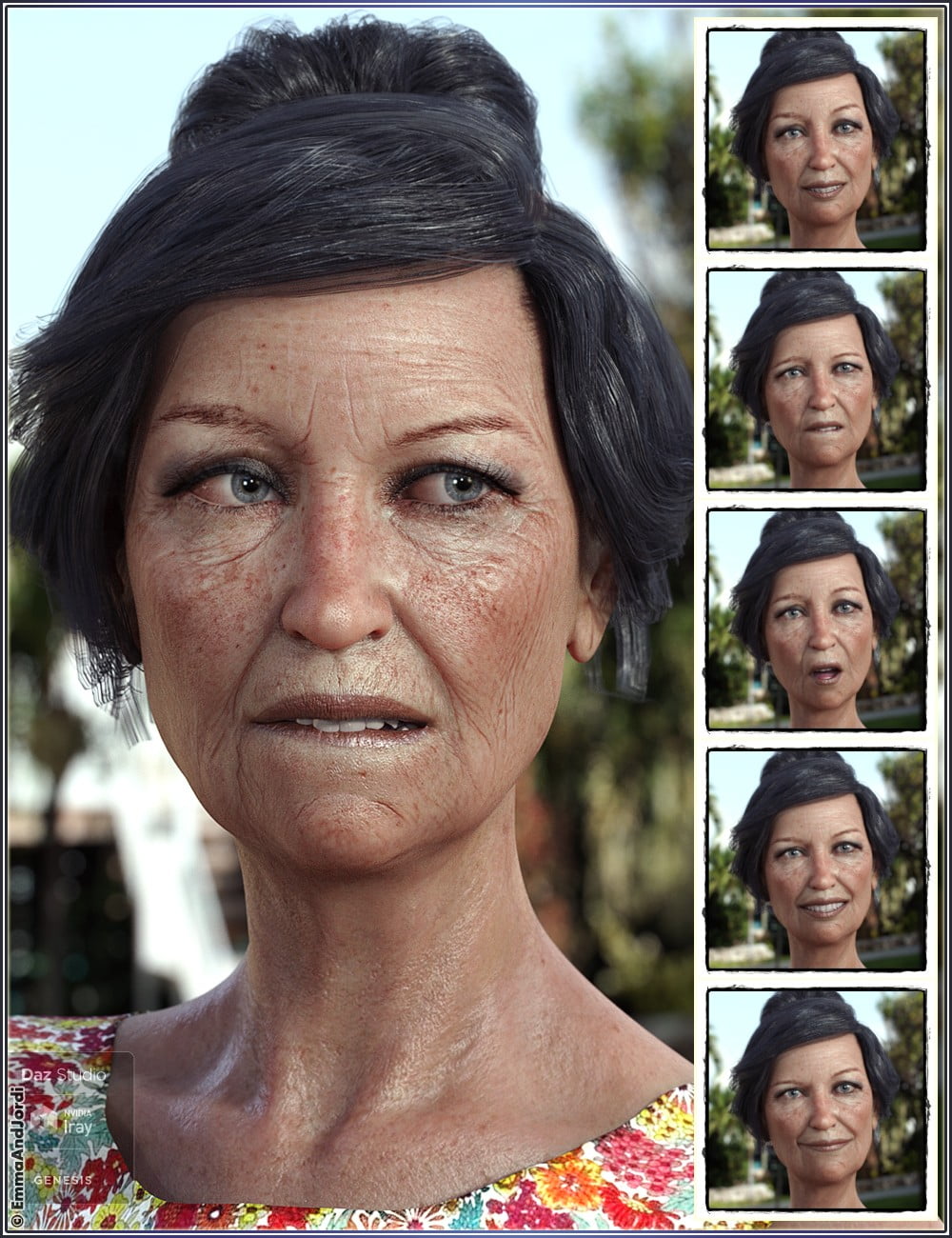