The Universal Weapons Prop and Poses for Genesis 3 and 8 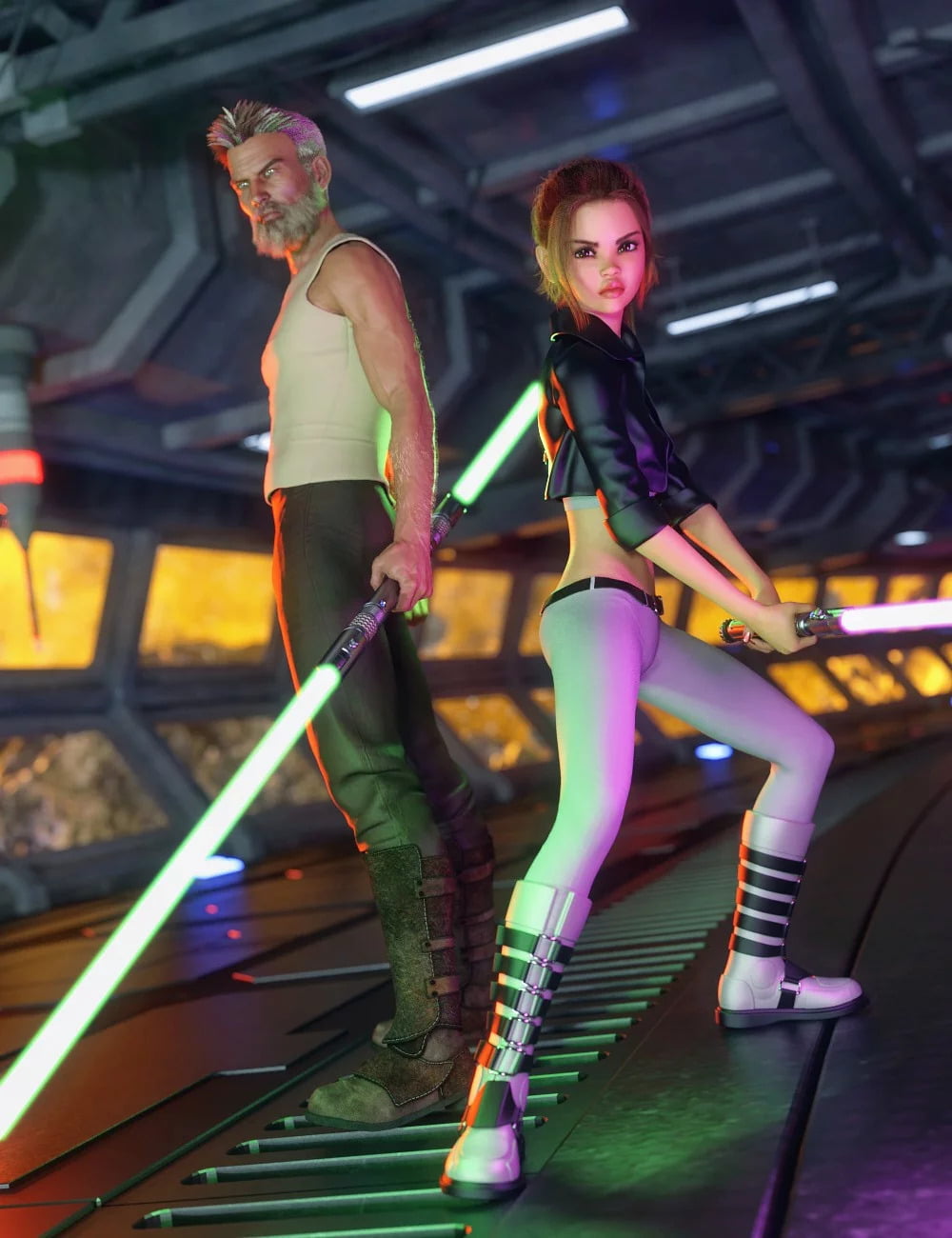 ⟣ The Universal Weapons Prop and Poses for Genesis 3 and 8 ⟢

Details
The Universal Weapons Prop and Poses for Genesis 3 & 8.

The weapons in the set are Laser Sword 3 and Laser Staff 2. Each has the laser blades attached and has a pose control for extending the blades. There is a material preset for each one plus 7 material presets for the blades to make them glow. Each blade material preset is color-coded in the scene so you will know what color it will emit. There are 6 bloom settings, and a bloom off included to give the blades that sci-fi glow. Additional presets included can be used to make the laser blades visible or invisible and to flip the weapon in hand. Presets for loading each will automatically parent them to the Universal Weapons Prop if it is selected in the scene. The laser blades are not visible in a dForce simulation. 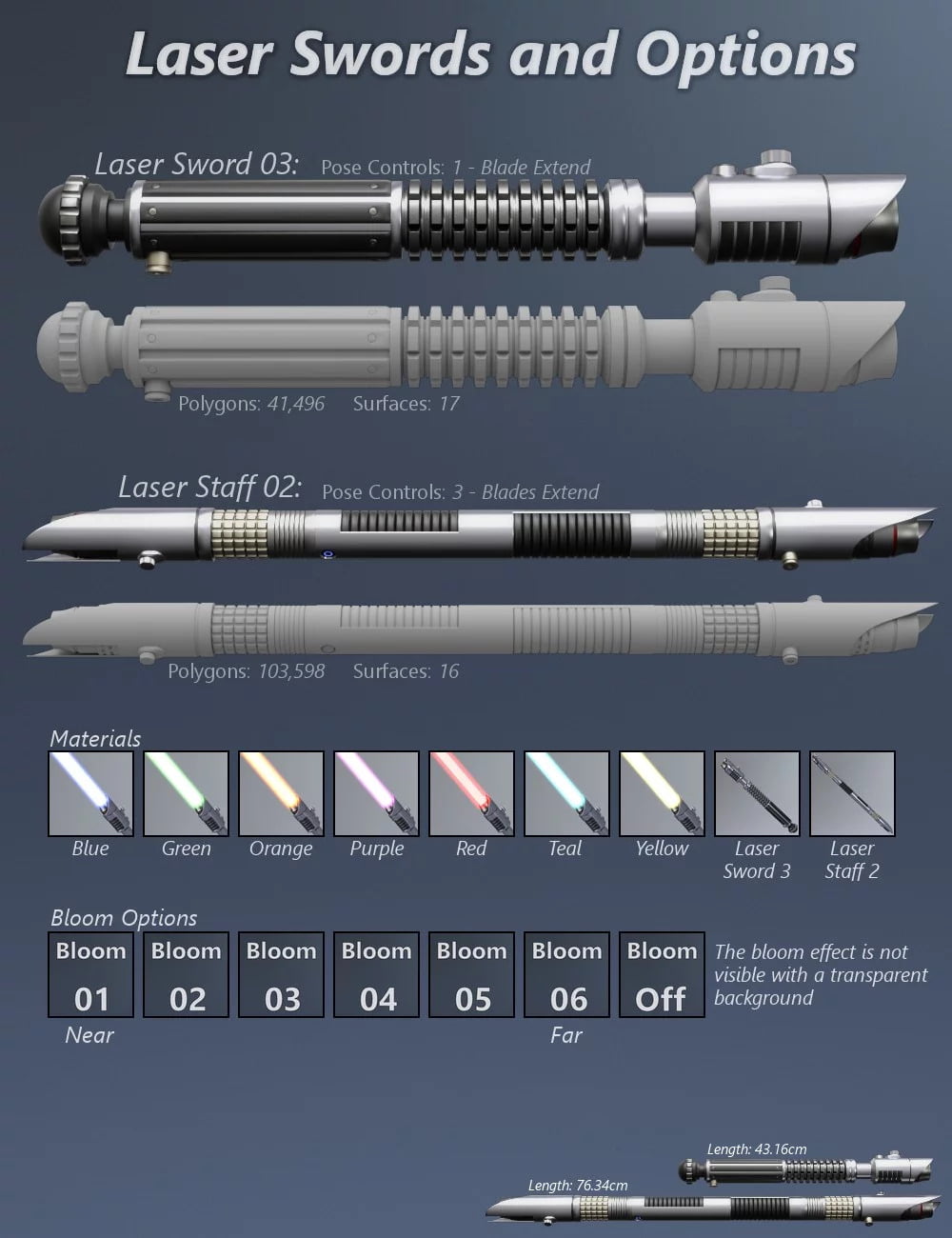