This Torii Lined path leads up steps and around a curve to give several beautiful backdrops for your renders. The set also includes separate props so you can build your own path or load them into other scenes.

There is a collection of different Torii available ranging from the simple ShinMei Torii to the grand Ryobu Torii and Miwa Torii.

Several cameras have been placed around the scene to give you multiple views of the walkway and a great starting point for your renders. 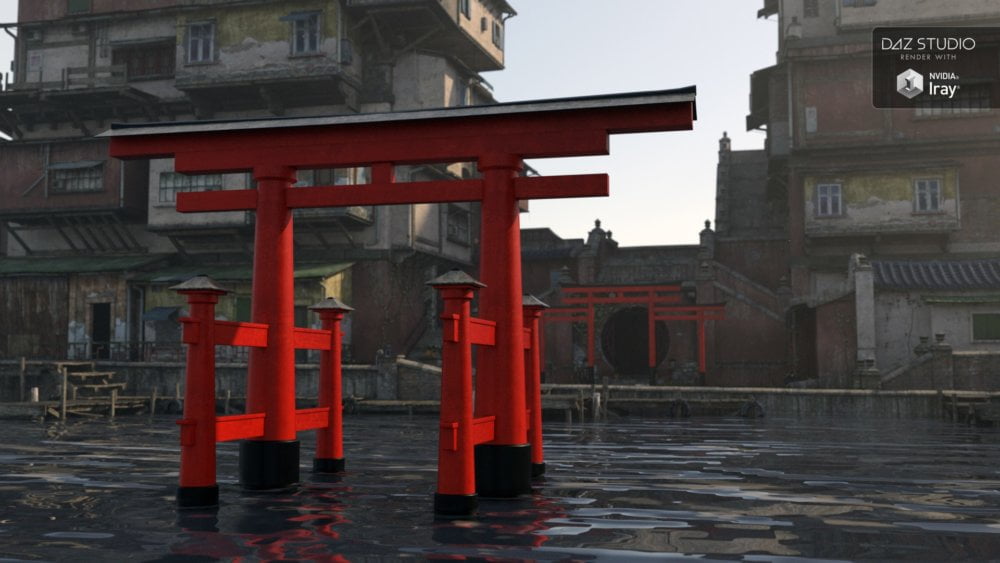