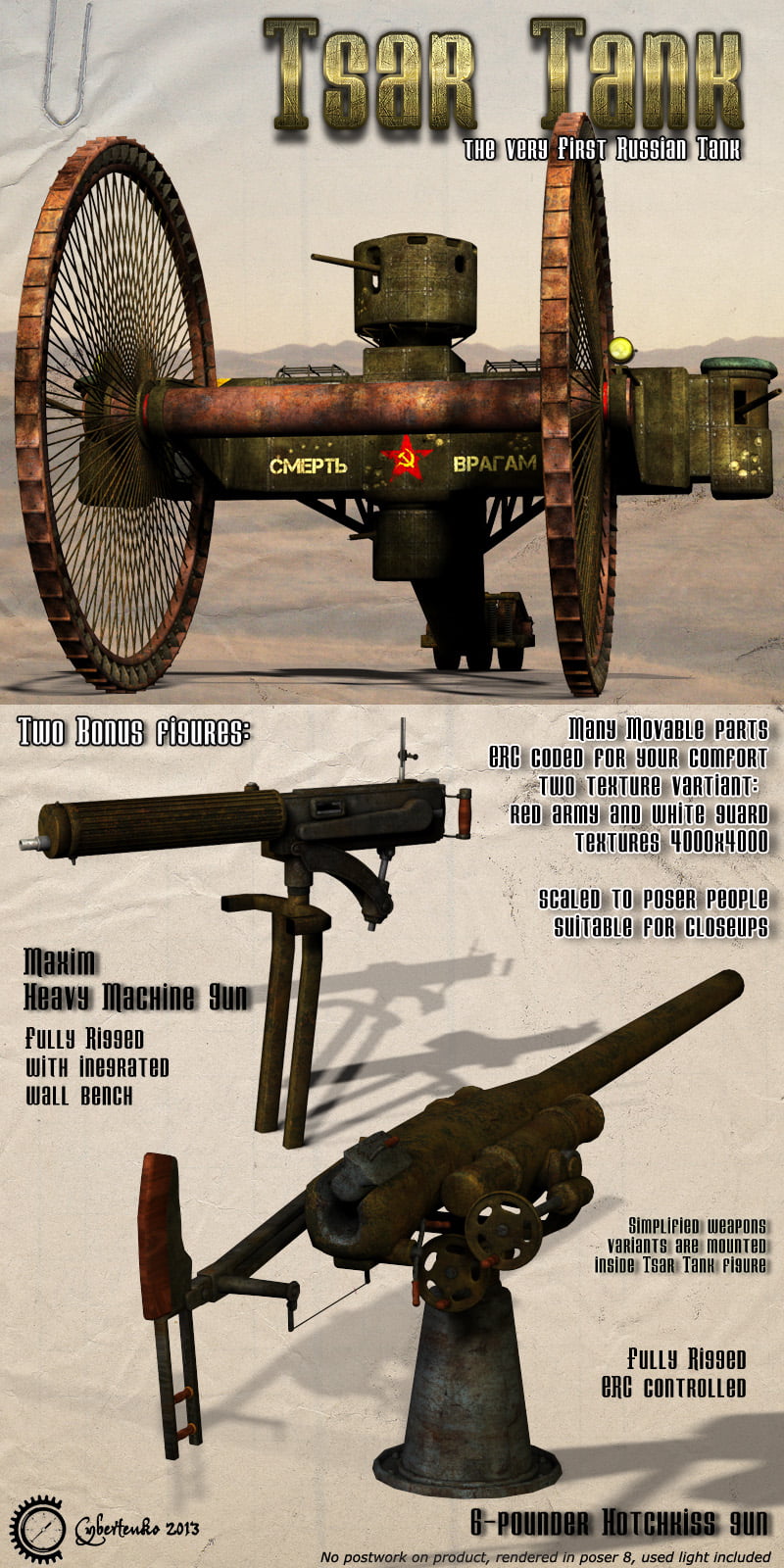 The Tsar Tank was an unusual Russian armoured vehicle from 1915 year. It differed from modern tanks concept as it was constructed like big gun carriage. The two front spoked wheels were nearly 9 metres in diameter; the back triple wheel was smaller, only 1.5 metres in diameter to ensure maneuverability. The upper cannon turret reached nearly 8 metres high. The hull was 12 metres wide with two more cannons in the sponsons. Additional machine gun was placed in the turret under the belly.

Each wheel was powered by a 190 kW Sunbeam engine. The huge wheels were intended to cross significant obstacles. However, due to miscalculations of the weight, the back wheel was prone to getting stuck in soft ground and ditches, and the front wheels were sometimes insufficient to pull it out. This led to a fiasco of tests before the high commission in August 1915. The tank remained in the location where it was tested, some 60 kilometres from Moscow until 1923 when it was finally taken apart for scrap.