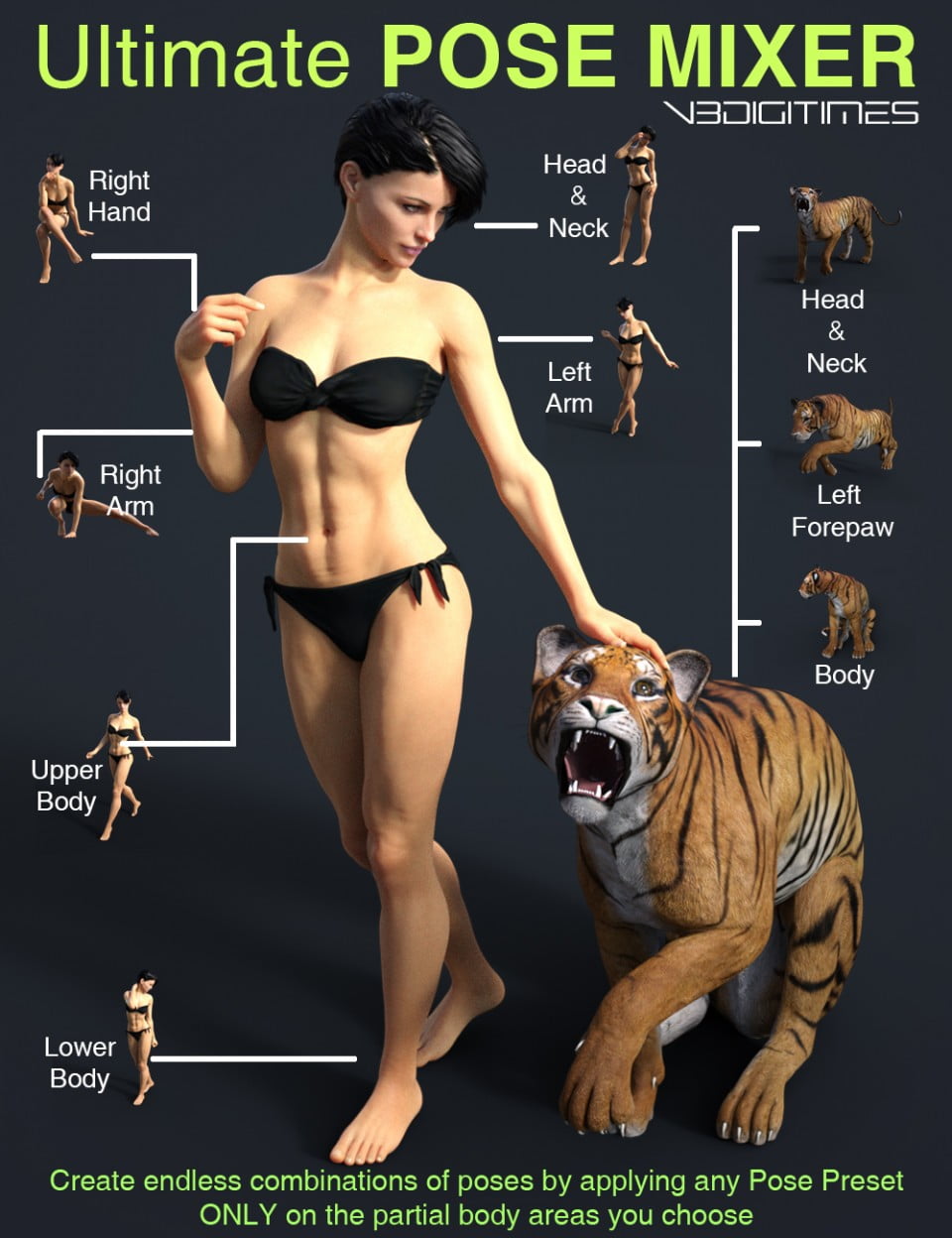 How is it possible? The principle is extremely easy, fast to use, and efficient : use the “Lock” scripts to lock the parts that you don’t want to be posed, and/or the “Unlock” scripts to unlock that you want to be posed, and apply any Pose Preset(s) you want directly from your Content Library or your Smart Content. Only the unlocked parts will be posed using these Pose Presets, whereas the locked parts will remain untouched. All the Pose Presets you will use will act as Partial Poses, applying only onto the unlocked areas of the figure.

Ultimate Pose Mixer is compatible with any figure, of any generation, even with any other rigged creatures such as animals, dragons, robots.

For human figures, including Generation 4, Genesis, Genesis 2, 3 and 8, or any figure with the same bones names, presets are included so that you can partially pose the way you want the main parts of the body. The presets include the possibility to lock or unlock all the Body parts (all the bones), the Lower Body, the Upper Body, the Head and Neck, the left Arm, left Hand, left Leg or left Foot as well as the right Arm, right Hand, right Leg or right Foot. For Genesis 3 and 8 figures, two conversion scripts have been included so that you can correct Genesis 3 poses used on Genesis 8 and inversely.

If you like the Lower Body of a given Pose Preset, but you don’t like the rest, you can lock the Lower Body and test tons of Pose Presets for the Upper Body only until you find the one convenient for your story. But this is not limited to these large body areas, you can lock and unlock the exact body parts you want, there is no limitation, meaning that for instance you can unlock only one or a few fingers to be posed, or only one or a few bones, or the left hand and the right arm, etc, etc. The reachable possibilities to partially pose parts of the body are endless, and this very fast to do, most of the time by applying one or two scripts, three scripts for more complex combinations. Ultimate Pose Mixer has been thought so that you can easily and efficiently create any combination of locked/unlocked body parts.

For any figure, animals, human beings, robots, dragons, strange creatures, special scripts are included to ensure a fast locking and unlocking of very precise areas of the body. They allow to lock or unlock only the selected bones of the figure, or all the bones selected with all their children bones. These four scripts are an extremely powerful solution to prepare your figure to be partially posed.

In order to gain a maximum of time and efficiency, you will find three different ways to access the scripts. The first on is the classical way, from the Smart Content or Content Library. The second one is a global interface gathering all the lock and unlock scripts, a synthetic overview of the locked or unlocked status of the body parts, and a few more utilities. The last one is a script which will add a dedicated V3Digitimes/Pose Mixer section in the Top Menu of Daz Studio interface, in which all the scripts will be placed and organized as custom actions so that you can access them from Daz Studio Top Menu as soon as you need them.

Thanks to Ultimate Pose Mixer, you will be able to build or adjust poses by partially applying various pose presets on the exact parts of the body you want, and this in the blink of an eye! 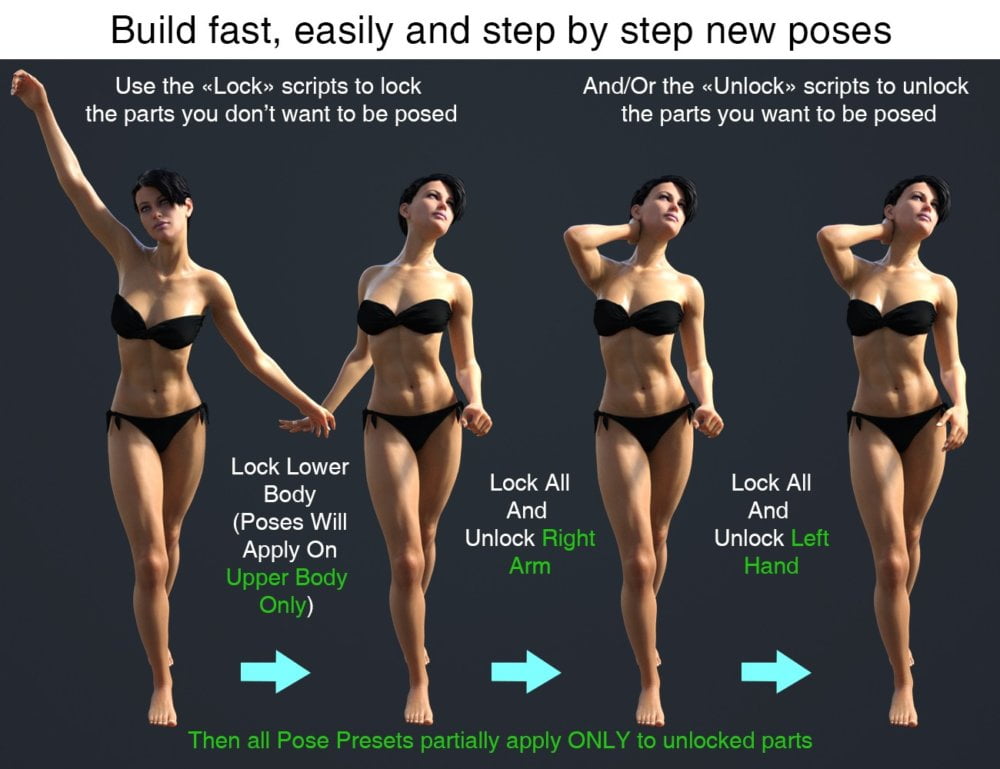