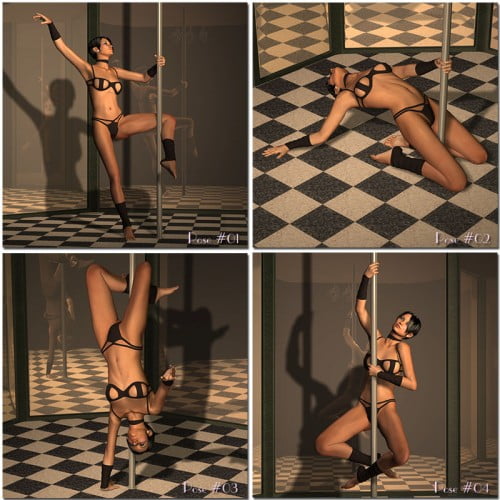 The V4 Pole Dancer is a set of twelve beautiful and expressive pole dancing
poses and eight props that replicate a pole-dancing stage. All of the stage
elements are completely modular and you can use only those props that are needed
for your scene. The entire stage can be loaded in with a single prop or you can
build the stage with the separate props.

The V4 Pole Dancer set also includes two PZ3 files that will load in the Pole
Dance stage with all of the props and are different only in the lighting scheme
they employ: PoleDance_Flood.pz3 uses an infinite light for the Main light and the
PoleDance_Spot.pz3 uses a spot light for the same.

Raytracing is enabled in both PZ3 files so the dance stage mirrors will display
reflections if your renderer supports them.

You will need Poser 5 (or higher) or Daz Studio and Victoria 4.2 from Daz to use
this set. 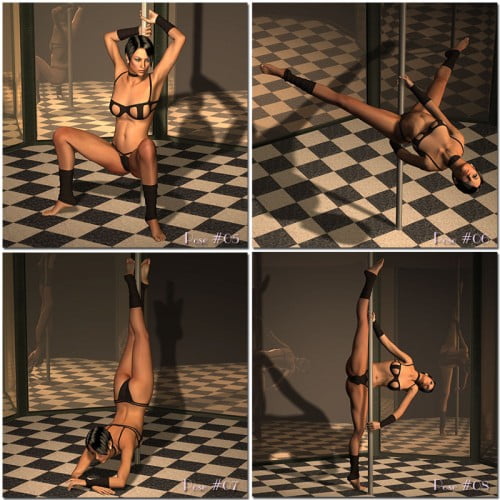 Loveliness for V4A4G4EliteCitadel (for Poser)