Whip and Poses for Genesis 3 Female(s) 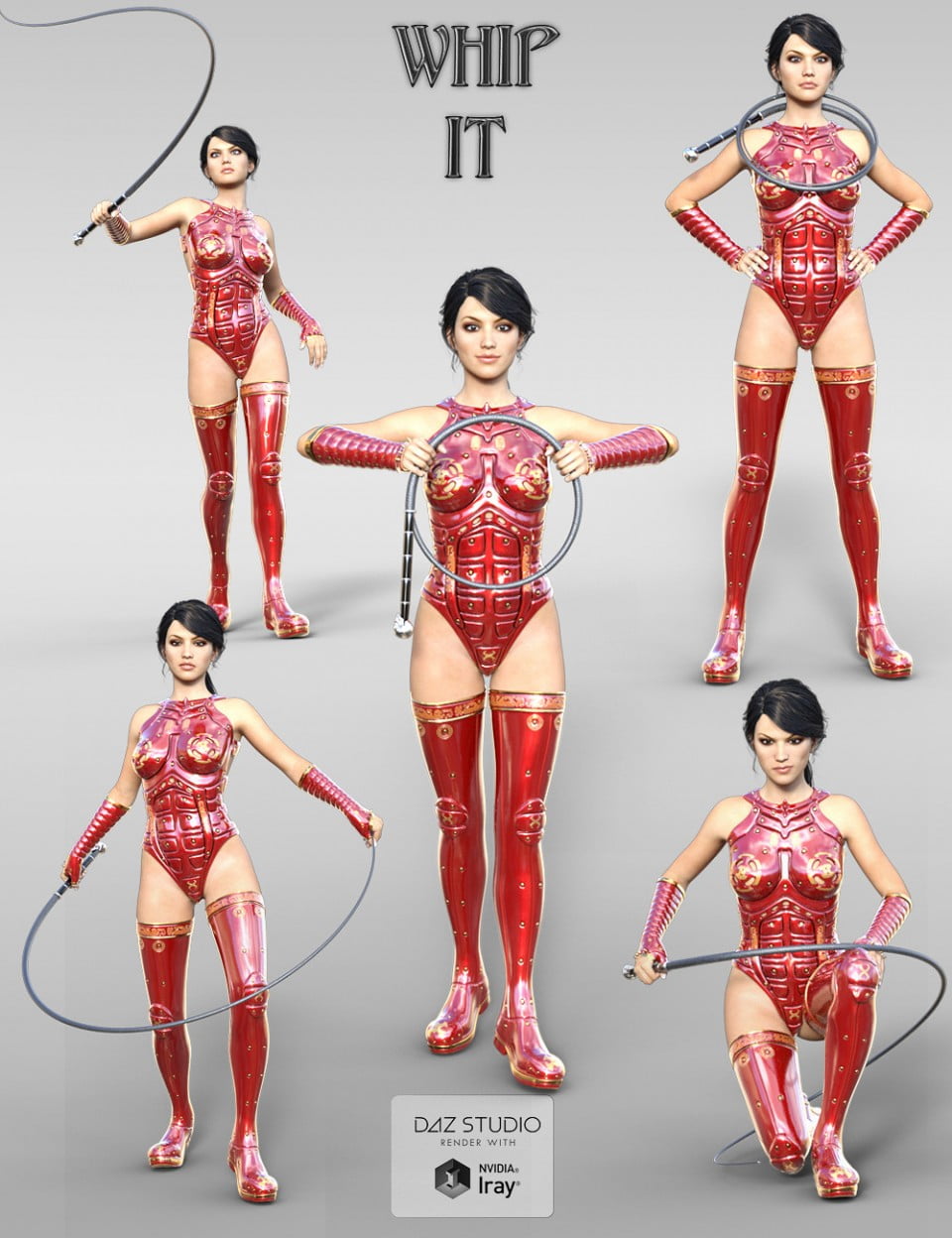 Whip it is a set of 13 Whip poses and Whip for Genesis 3 Female(s). It comes with a poseable Whip, which has 12 pose dials and 3 material presets, Black Red and White, both for Iray and 3Delight. The 13 poses are split up into Genesis 3 Female and Whip sets. Also there are 2 wearable poses for the hands which pose the grip and whip, they can be applied on top of your own poses. This would be great for any fantasy scene.
What’s Included and Features 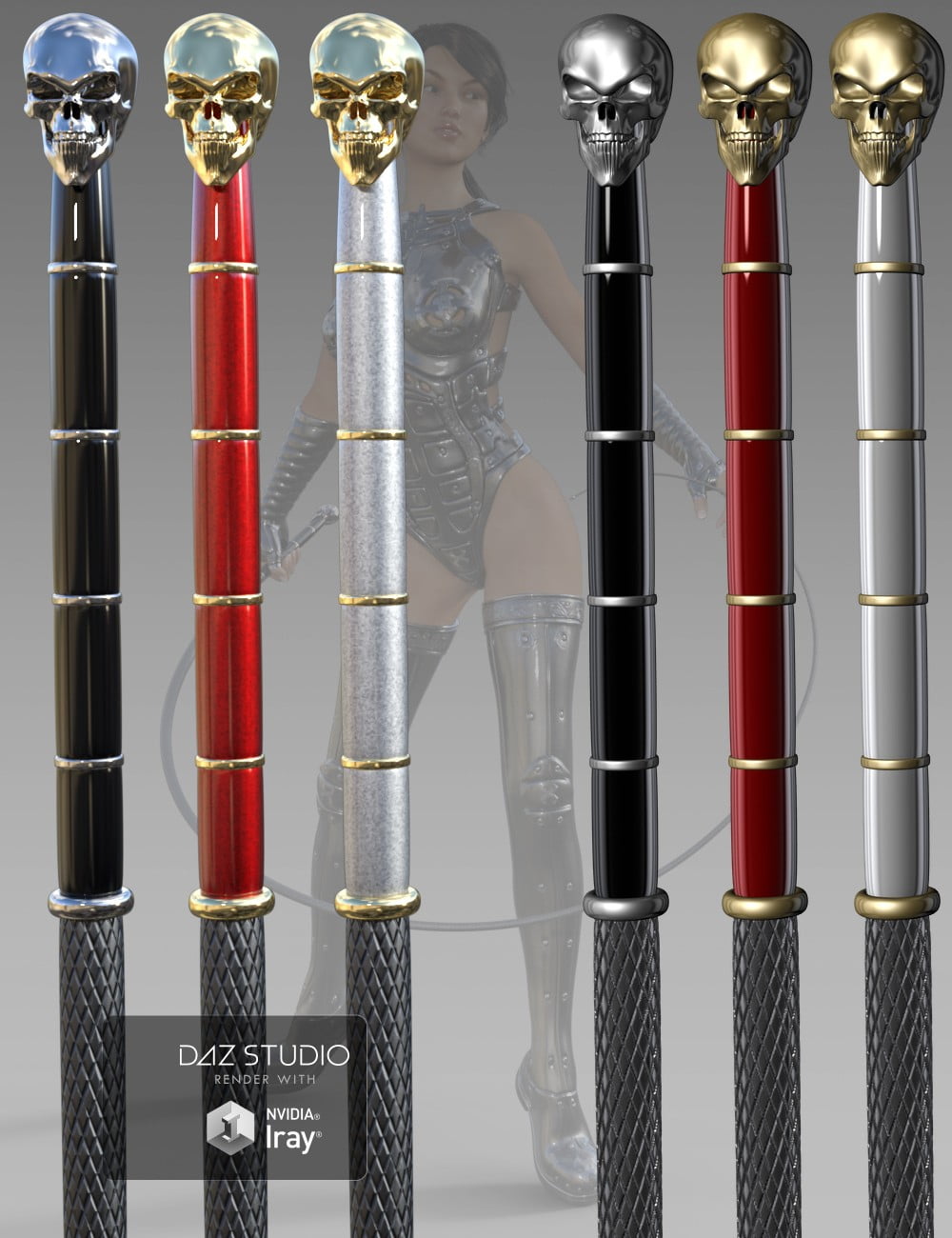