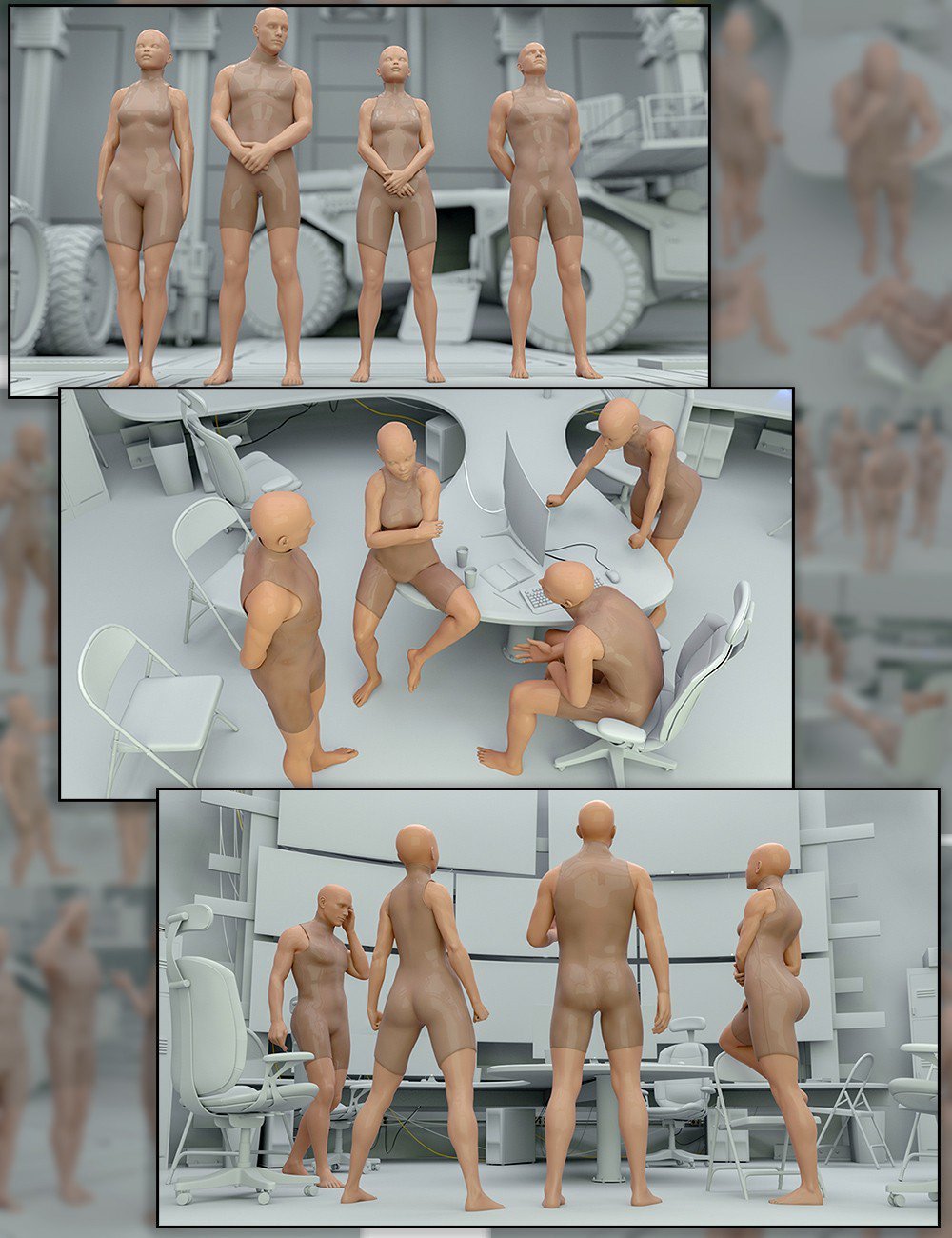 While this is branded as an everyday army set, is actually much more than that: the poses can be used in a variety of settings and situations and will help you built lively scenes in a few clicks. In fact while all poses are “independent” they were also created for optimal interaction (es. giving and order + awaiting order). These poses were created with the concept of image crafting in mind: each of them can tell a story and set the mood for the whole scene. We created them as we need and want them when we setup an interacting scene with several characters.

These poses aren’t meant to be an exact replica of army moves, they are based on some concepts (like the salute and awaiting orders) but want to represent a fictional society and its military essence. Of course you can use them in many army settings, as well as for normal setups: office of school ones, for example. Some poses can just be used in any context (looking at the tablet, talking or sitting relaxed).

Overall is a complete and varied package with an emphasis for the dystopian army setting we created for Code Squad 01.

All poses were optimized for Genesis 8 female and male.

This means that in the poses folder you will actually find 50 different full body poses and 200 partial body poses (50 each for body top, body bottom, arms only, legs only).

Each and every pose was carefully crafted with great attention to details and with the core idea of looking realistic: with body parts that deform naturally, sometimes exaggerating these movements to get rid of that artificial, stiff feeling that is all too easy to achieve when posing a 3d character.

All poses were checked from every angle, always working with front, back, left and right cameras on display and rotated all around for a balanced look at 360 degrees (or unbalanced in some cases). All poses were done completely from scratch, to achieve the most balanced, unique and natural look possible. So, don’t just look at a pose from the front, explore, rotate, mix and match and tweak them to fit your scene.

Partial poses: make a world of difference! Not all poses will mix and match perfectly, but most will actually mix amazingly well, offering you an even wider range of possibilities and choices. If you ever used a pose package that includes partial poses, you know there is no turning back. The versatility and creativity partial poses offer is something we can’t do without and it really helps spark the imagination. 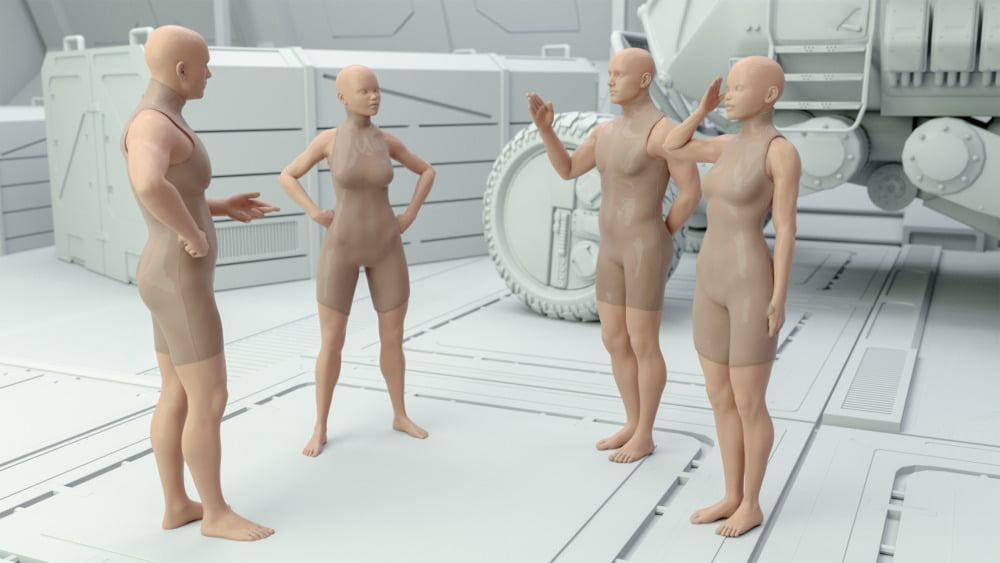