Dial-a-Girl is back, and this time we’re off to Hungary! DSON Importer for Poser, DAZ Studio 4.7

Included in this pack are six character shapes made with the Genesis 2 Female Head and Body Morphs. For maximum flexibility, the shapes are split into full character, body, head, breasts, brow, cheeks, ears, eyes, jaw, mouth and nose presets. There are a total of 67 shape presets, allowing you to mix-and-match unique combinations. You can also mix these presets with your favorite character head or body morphs, as well as other Dial-a-Girl products.

The six included characters have been carefully dialed from photo references to ensure tons of character and realism. Unique and beautiful Genesis 2 Female characters are just a few clicks away!

Note: no textures are included.
What’s Included and Features 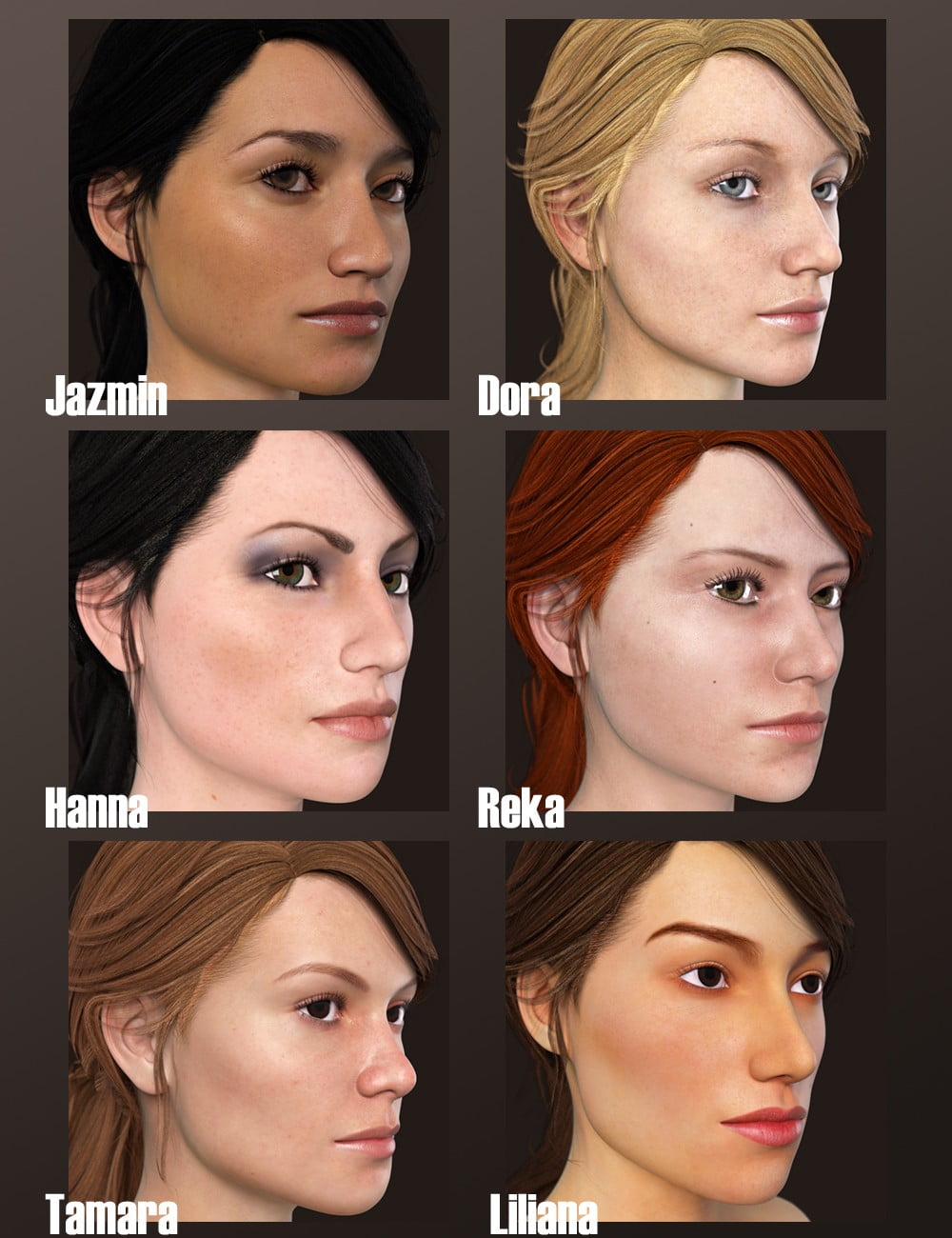