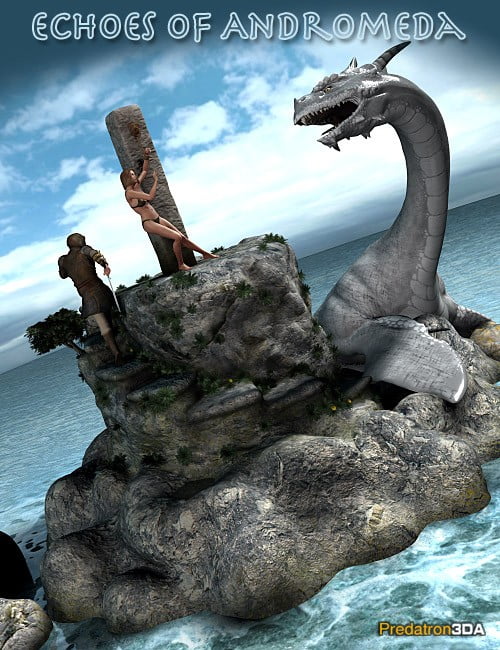 “Andromeda was the daughter of the Phoenician king and queen, Cepheus and Cassiopeia. Her mother boasted of her beauty above that of the beautiful sea-nymphs called Nereids. Scorned and jealous the Nereids prevailed on Poseidon to unleash a fearsome sea-monster to ravage the coastline of Cepheus’ Kingdom. The oracle of Ammon promised that the people should be delivered from these calamities if Andromeda was given up to the monster; and Cepheus, being obliged to yield to the wishes of his people, chained Andromeda to a rock. Here she was found and saved by Perseus, who slew the monster and obtained her as his wife.”

There are two sea colors and two different sky textures. Included are two poses for Victoria 4, two poses of Michael 4, and one pose for the DAZ 3D Sea Dragon. Two more poses can be applied to the chains and shackles to correspond with the V4 poses. Two light sets for Poser contain IBL lighting. 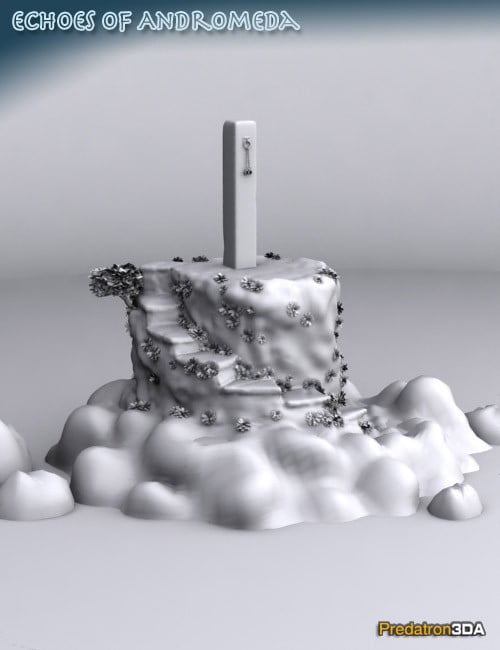