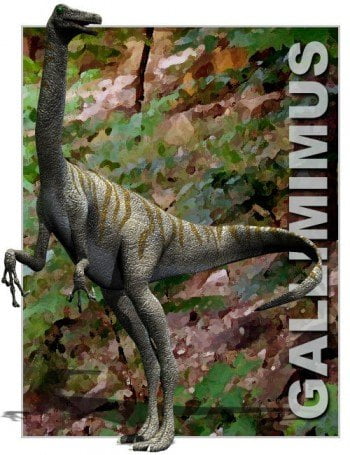 Gallimimus was a fleet footed theropod that had a relatively large brain by Dinosaur standards.Since the Gallimimus was toothless Scientists think this animal was an omnivore that ate insects, small lizards, eggs, and some plant material. It had excellent vision making it hard for a predator to sneak up on it. This Dinosaur was very agile and was at least as fast as a modern day ostrich (45MPH) so most large preditors could not ‘run it down’. Gallimimus belonged to the “Bird Mimic” family of Dinosaurs