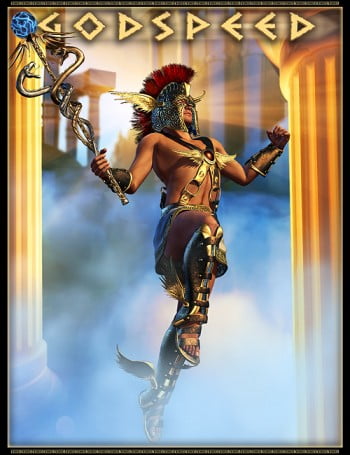 If speed is what you need, this set will do the deed!

Hermes was the Greek messenger to the Gods, as well as patron to Alchemists, Merchants and Thieves. Known for his fleet-footed sandals and Helm (each which had wings and enabled flight) he was able to carry messages to the gods or mortals with a quickness, and accompanied new souls to their place in the Underworld. He also carried a special staff with two serpents entwined, known as the Caduceus (which has been erroneously used as a symbol of Medicine for centuries)

Includes full Greek armor built for a god of speed and flight, complete with articulate wings and a Spartan styled Helm with real hair. Also includes the Caduceus, which boasts special effects worthy of an Olympian, and poses which work with the Caduceus. 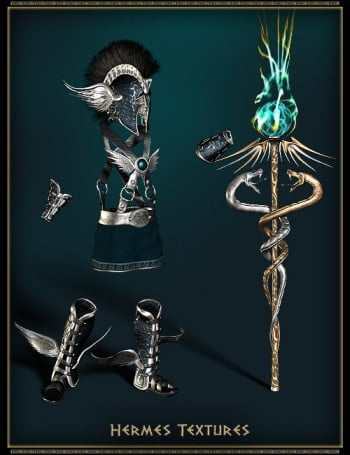