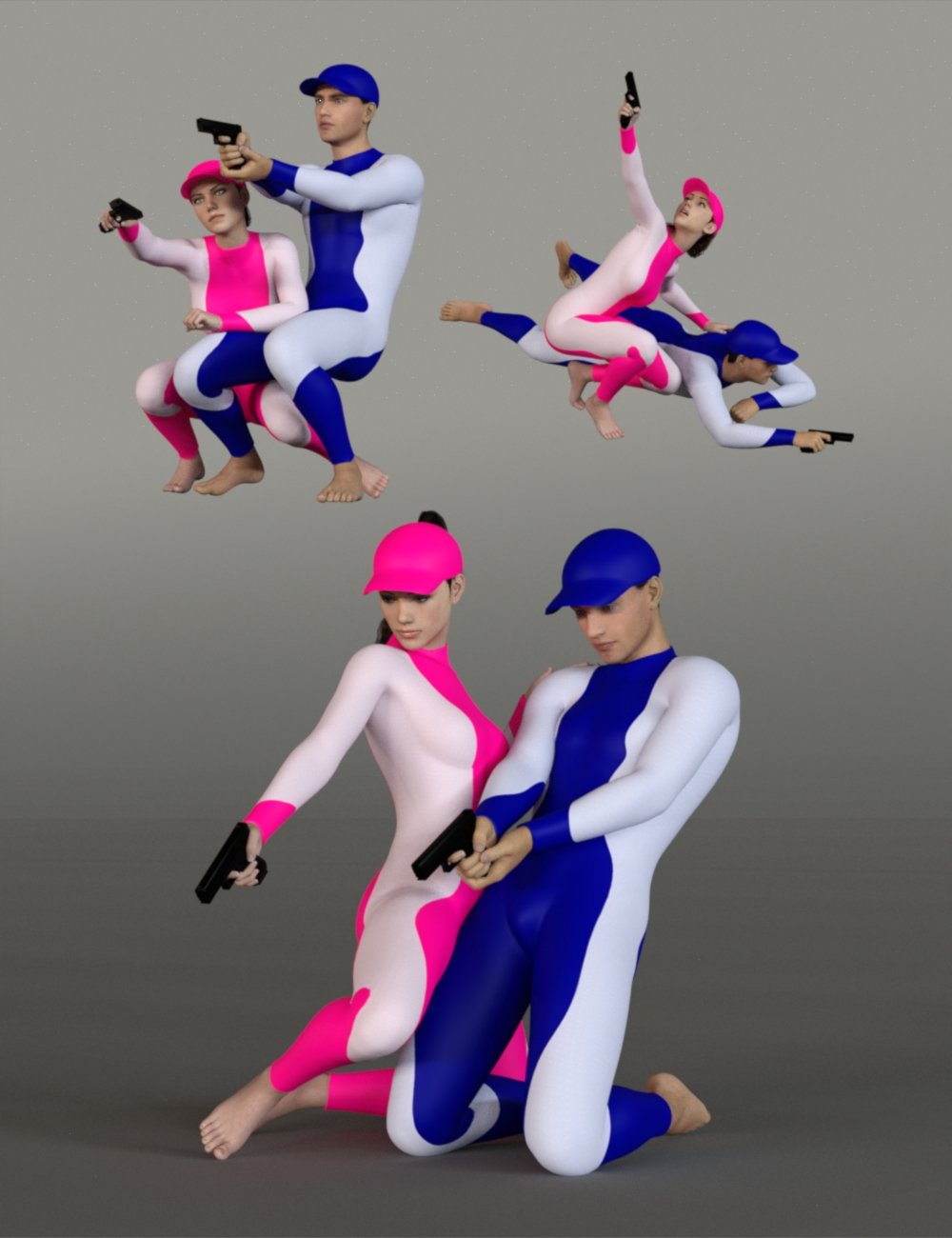 Gun Pose Pairs Volume 2 for Genesis 8 and 8.1 is a set of quality pose pairs of a male and a female figure interacting while firing handguns, for a total of 24 individual full-body poses (12 pose pairs) plus their mirror versions and facial expressions.

The set comes with scripts to pose the two figures at once and optionally group them to make editing easier. Expressions can be optionally ignored to leave any existing figure's face unaltered. The scripts also allow you to ignore (leave unaltered) the lower or upper part of the figures.

Because the scripts adjust scaling to ensure the two figures fit each other as intended, using a male figure in place of a female figure (and vice-versa) is relatively easy, with just minor adjustments needed in most cases, to achieve same-gender interactions.

After installation, the poses will be available in the People/Genesis 8/Poses/ATGL folder. Pose icons include their .tip image (bigger and shown when the mouse is held over the standard pose icon).

Depicted gun props are for illustration purposes only and are not included in this product.

Complete the set today for better chances of a quick solution for your next gun scenes tomorrow!