Life After Rendering – The Definitive Guide to Daz Studio Canvases 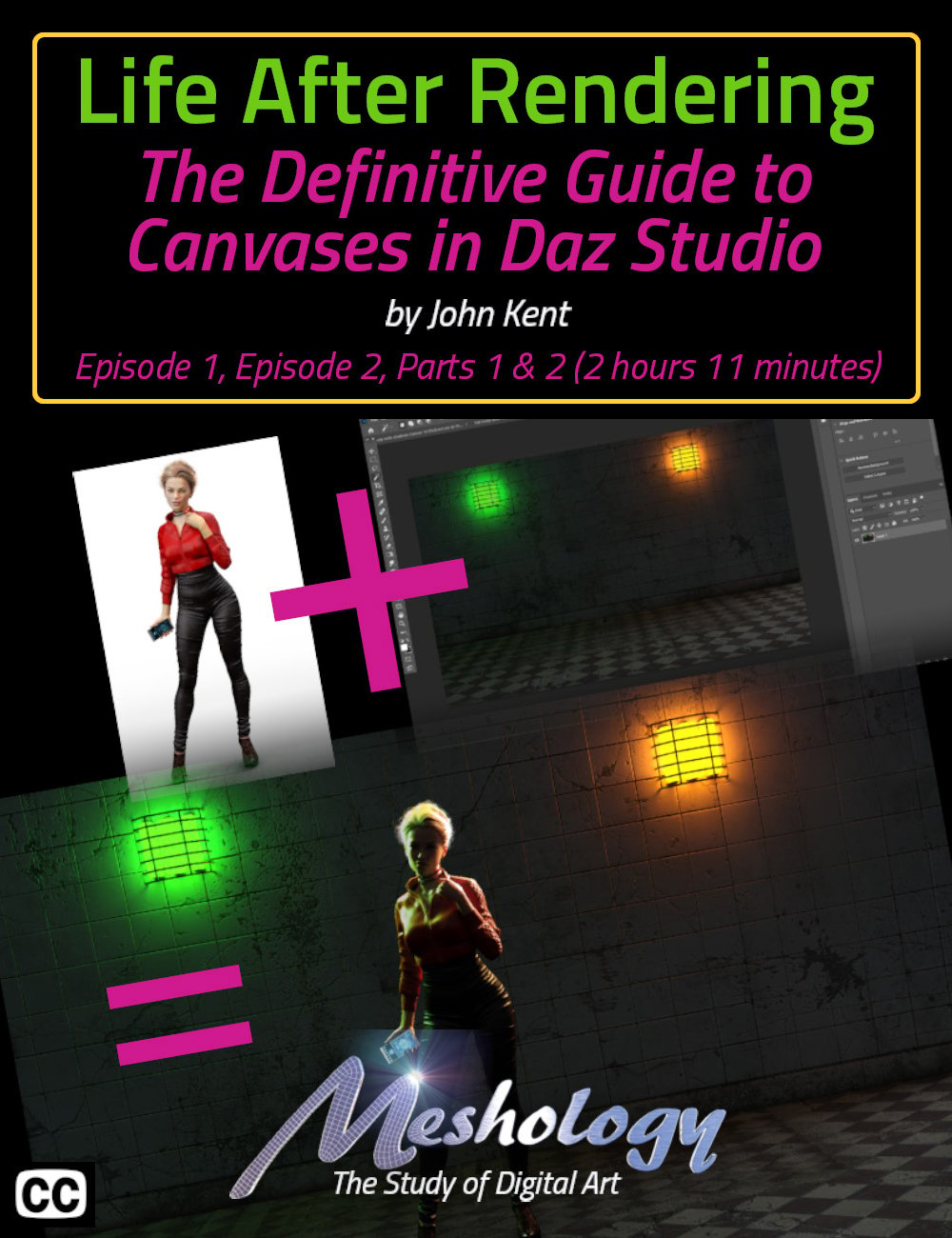 Life After Rendering – The Definitive Guide to Daz Studio Canvases

In Life After Rendering, we demonstrate how to use a little-known element of Daz Studio. Canvases.

Canvases are to digital art, what layers are to a digital illustration or picture, and the best part? You only need to render your image once and then you can change the light intensities in Post-Production, whether you're using Photoshop or GIMP, or some other photo processing app. Wait? What? Did you say, render the image a single time and THEN change the intensities?

Everyone knows that the key to any good render is lighting, but in the digital world, like in the real world, playing with light intensities is quite possibly the most important step. The problem then is time and the power of your computer. For those that have a less-than-powerful supercomputer, Canvases are going to be your best friend.

John demonstrates that with a little forethought and a change in the typical workflow, you can create multiple different moods in a scene from a single render, and the best part… you only need to position your lights and then crank the intensities all the way up. No fiddling with the 'perfect' light intensity, or even colors for that matter! That's all handled in the post-processing procedure.

But it's not just light intensities, you can also pull focus. What do we mean by that? Well, imagine that you have three figures in your scene, all at different distances from the camera. One in the back, one in the middle, and one close to the front.

The usual method would be to choose your focal point in DS and then turn on Depth of Field, adjust and render. The problem then is that if you want a softer DOF or a different focal point, say the person in the back instead of the front as you rendered it, you have to change the DOF and render again.

However, using Canvases, there is no need for that. No need to turn DOF on at all. Huh? That's right. Don't touch that dial. Just render the scene in Canvases and you'll discover that one of the canvases is a DOF canvas… a canvas that can be used to do exactly what I just mentioned but in POST PROCESSING! No additional render required. Want to change the focal point? It's a simple click and it's done… IN SECONDS!

For anyone that wants to play around with their scene lighting and focus AFTER RENDERING, this tutorial will most definitely give your scene Life After Rendering.