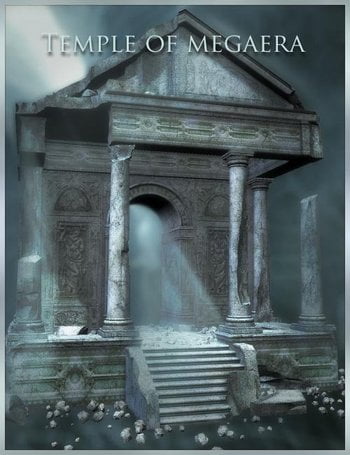 Megaera is one of the three goddesses of revenge who punish those who have escaped or defied public justice. The temple was built in her honor as a warning to those who would choose the same path as others before them. The temple was thought to be lost but was discovered at the bottom of the ocean.

The Temple of Megaera set features a temple ruins, complete with broken columns and walls, worn and weathered carvings, and separate ground rubble.

The set is versatile so that with a quick change in lights, it can be used in both above ground and underwater scenes 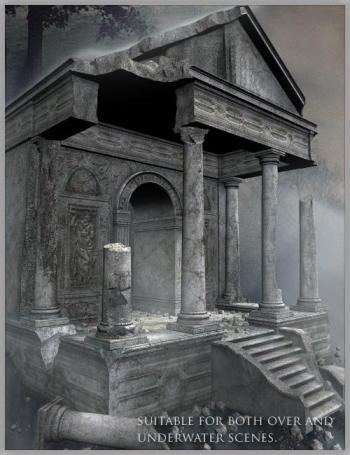