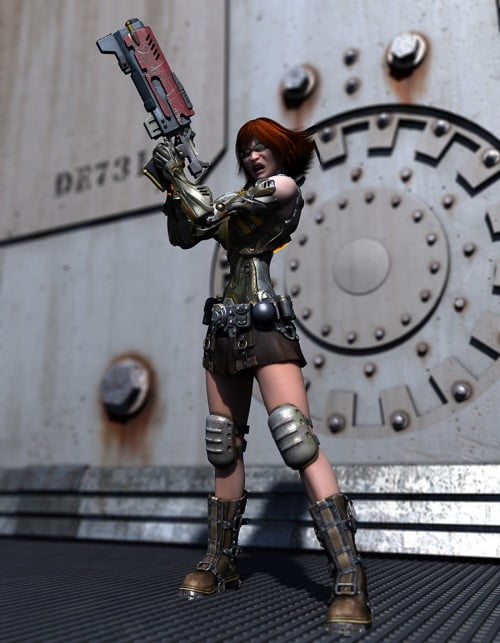 The sun hung low on the horizon and the air was wet and heavy, everything was still…a little too still. Occasional gusts of wind whipped at her feet, giving her the sense that her surroundings were somehow alive, reaching out for her, calling out for her. Hearing a faint metal on metal sound she froze, her senses heightened. Closing her eyes she focused all of her senses on what she could not see, only on what she could only feel. She squinted her eyes as hard as she could to keep the sweat out of them. Desperately trying to keep her heart under control she withdrew deep within herself, every sense was on fire, her skin was prickling like a thousand tiny needles were stabbing her. She could feel it now, coming closer, closer, and closer yet. She felt a coldness on the back of her neck, like a ghost was trying to touch her, like a ghost was calling out to her, “Here I am, I’m coming to get you…!”

Dena spun, leveled her sidearm and let go a rapid report. Blam, blam, blam, blam! The sound of her shells dropping echoed on the cement floor. 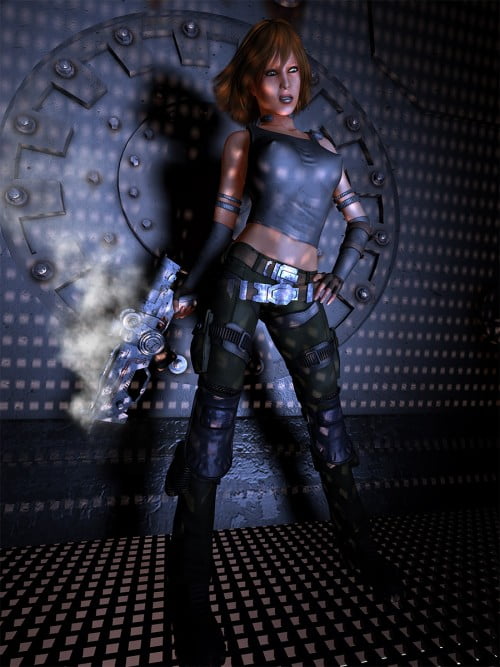 Nienna HairToXic Nienna
File storage provided by our partner QtyFiles Service
You will need to create an account with QF Service in order to download and upload files.
This message is for new members
Earned credits for downloading your files by other users can be exchanged for a premium account.
Click Here To Join