The Host Texture for V4 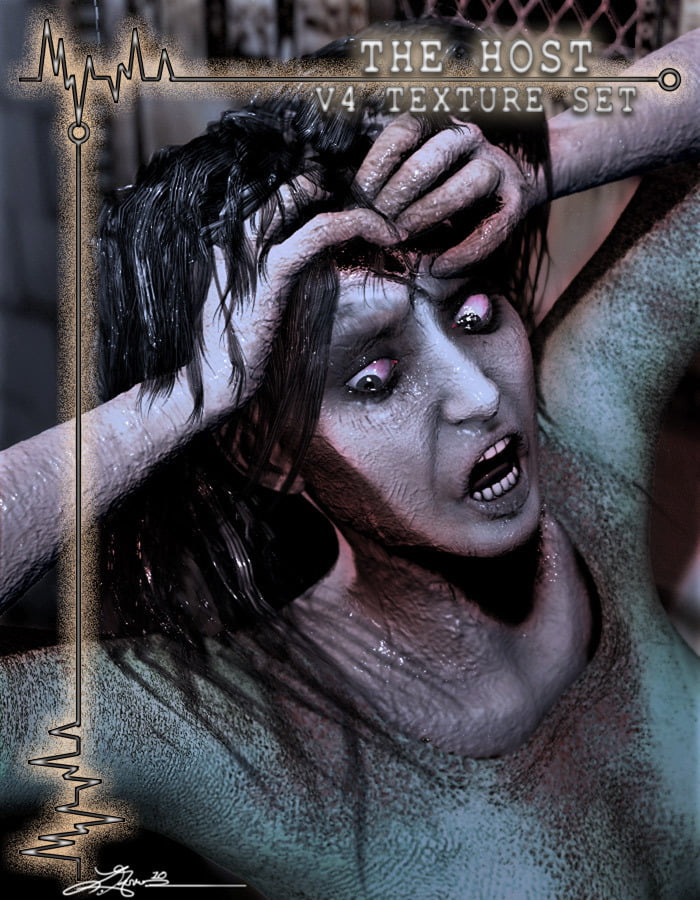 As the nurse brought the syringe close, Jane Doe twisted her torso with an inhuman torque, wrenching herself out of their grasp and whipping her head to meet the nurse’s arm with her open mouth, brutally biting down and tearing away a large hunk of flesh.
Losing his temper, one of the men landed a series of fists directly to the side of her head. Little Jane laughed out loud, a cackling sound that froze both men in their tracks. Before the other orderly, a large mocha skinned man with the build of a retired wrestler, was able to regain his grasp on the girl, her left hand flew to the throat of the man whose blows had just opened a small cut on the side of her brow.

She squeezed. Nails penetrated skin. The man began to scream . Her blackened eyelids and parched, cracked lips pulled back in an evil smile, her brow crumpling ever so slightly around the blackened ?X? branded between her eyes. Even in his panic, now held aloft a full foot from the floor, the terrified orderly could see blackness in her pupils, the cloudy fluid swimming between her cornea and the rest of her eye, and the pulsating blood vessels that all together created a stare that was the most hateful thing he had ever seen.