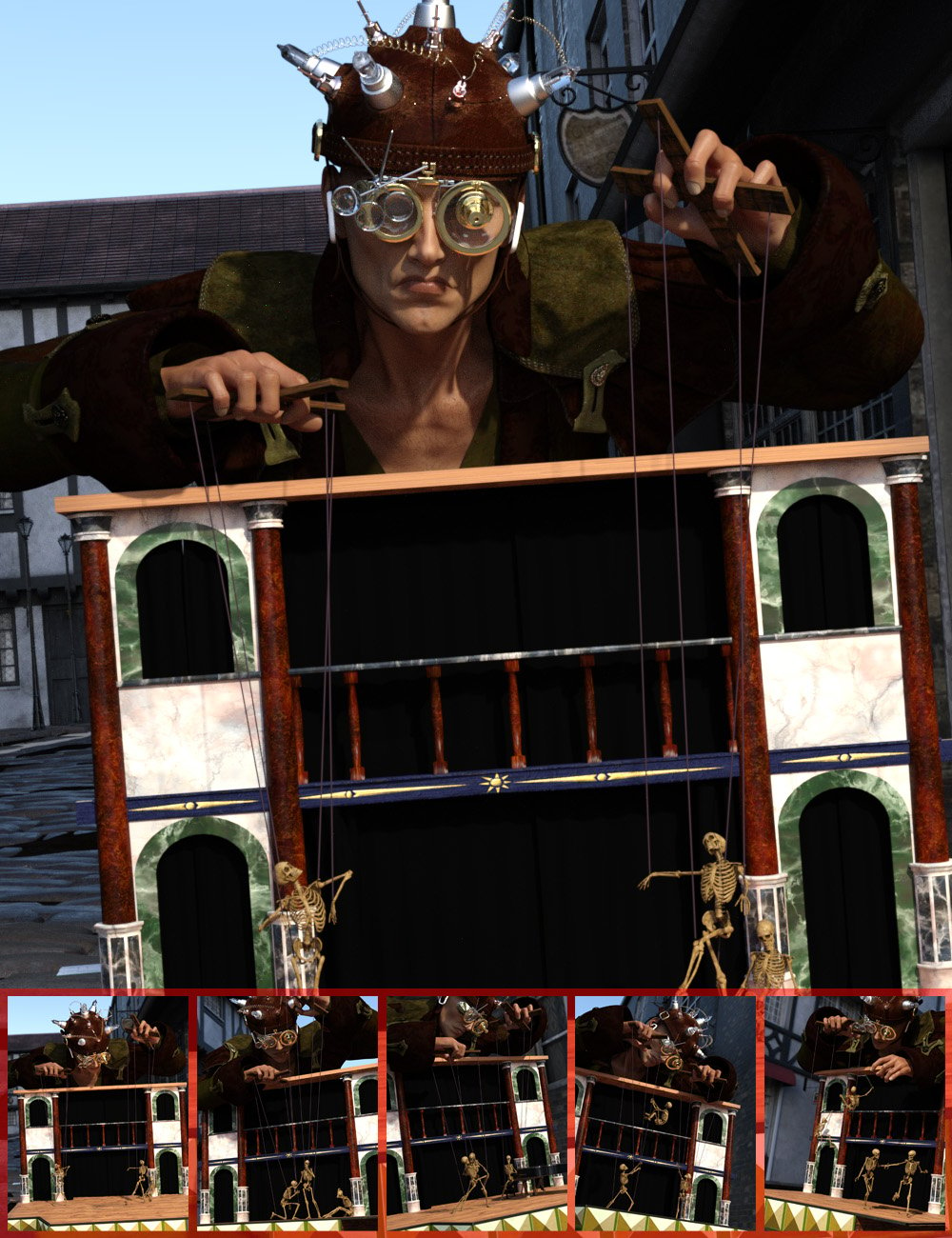 Ultimate Pose Converter Bundle for Genesis 9
Stop wasting time and hard drive space converting pose presets, just use them! Bone Minion will do the hard work for you by acting as a bone “catcher” for a pose and then do a just-in-time conversion of the pose to its parent Genesis 9 Figure*. You can directly use ANY pose (from Victoria 4 and Michael 4 to Genesis 8) with your Genesis 9 Figures. Simply load the desired Bone Minion (i.e., Genesis 8 Female Bone Minion for Genesis 8 Female Poses) on your target figure (Genesis 9), select the Bone Minion, and start applying poses!

On-the-fly conversion of poses to your target figure
Directly convert from the source generation to the target generation without converting to intermediate generations
Works with full poses, partial poses*, hierarchical poses**, and even AniBlocks!
Automatically applies full poses when they are loaded*
Cross-gender pose conversion
Supports pose properties (using the Create Heavyweight Bone Minion script)
Use pose details on the Bone Minion to apply partial poses
Note that converted poses (and especially props if they are hierarchical poses) may not be perfect and may require tweaking. Facial bones (i.e., expressions) except for the eyes are not transferred.

** Hierarchical poses require the props loaded on both the Bone Minion and the target figure. For Genesis 9, the bone names ARE VERY DIFFERENT and you will need to move the props to the correct bones manually. The prop will be properly rotated for the pose but may need to be manually translated to the correct location.