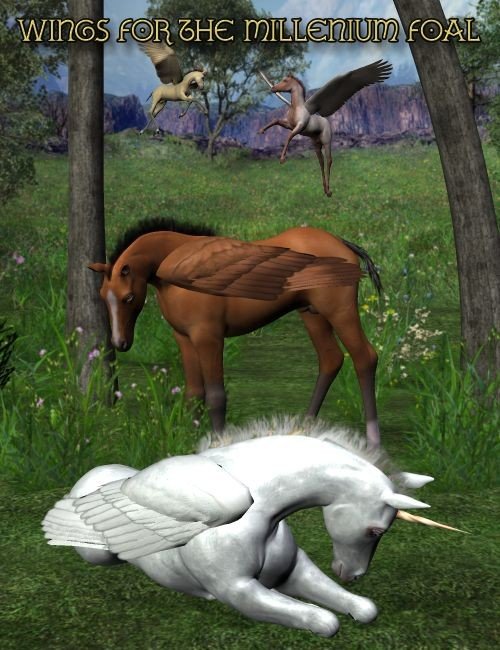 Throughout history, the winged horse has held a special place in mythology. With the Greeks, Pegasus was a winged horse sired by Poseidon and foaled by the Gorgon Medusa.

In Norse mythology, the horses ridden by the Valkyries rode down from the heavens to carry off the fallen on the battlefield to Valhalla. In modern day, the winged horse has become a symbol for many corporations and has become an emblem of inspiration. This new add-on pack for the Millennium Foal includes conforming wings that use the Songbird ReMix technology. This technology allows the wings to fold and show great detail and accuracy in flight poses and animation using its four separate control points on each wing. Included are wing texture matches for most of the DAZ 3D textures in the Millennium Horse Bundle and Unicorn sets. 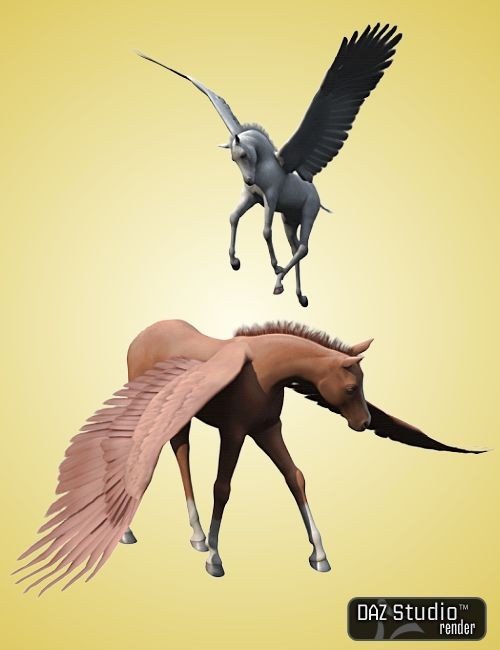